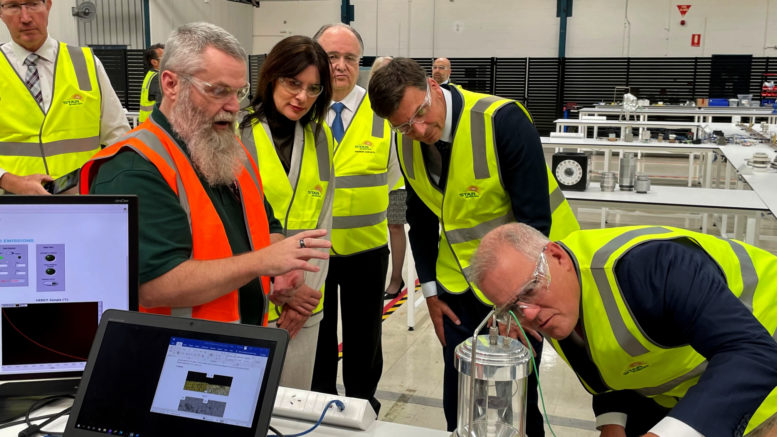 Morrison said he will allocate $275m to create four more hydrogen hubs in regional Australia and the other $267m to carbon capture, utilisation, and storage projects, also known as carbon sequestration.

Morrison said the development of hydrogen is one of the main elements of energy technology that is essential for Australia’s future.

“I want Australia and hydrogen technology to be synonymous around the world,” Morrison said.

“It is essential we position Australia to succeed by investing now in the technologies that will support our industries into the future, with lower emissions energy that can support Australian jobs.”

Star Scientific has developed their Hydrogen Energy Release Optimiser (HERO) technology to produce unlimited, affordable, safe and reliable energy with zero emissions by converting hydrogen and oxygen into heat and water, without degrading the catalyst.

“Hydrogen is now, hydrogen will be the future fuel, it’s inexhaustible, it will dramatically drop in price, and it will become the base fuel of the planet.”

When asked specifically how much of the $500m will go to the Central Coast, the Prime Minister was vague and said it would be allocated ‘Australia wide’.