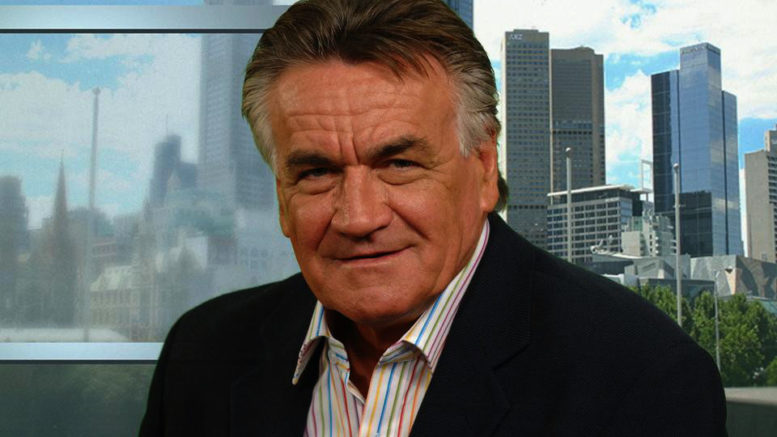 Central Coast libraries will be live streaming headline speakers from the Sydney Writers Festival on April 30 and May 1, starting with award-winning journalist Barrie Cassidy.

Cassidy will hold two talks over the two days and will be joined by a range of experts and colleagues to discuss the issues of today.

At 11am on Friday, April 30, locals can tune into Cassidy’s live-streamed talk with New York journalist and award-winning author of the biography Joe Biden: American Dreamer, Evan Osnos.

Via a video stream from the USA, he will offer his insights into the man taking the presidency in a time of extraordinary turmoil.

It will also include a talk from former Premier and Foreign Minister Bob Carr and the United States Studies Centre’s Gorana Grgic, who will reflect on what to expect next from Biden and America.

This can be viewed through signing up to watch the live stream from the Gosford Parkhouse and Gosford, Erina, Kariong and Tuggerah library.

Following this at noon, Judy Blume, the prolific author of irreverent and celebrated books for young and old readers alike, will appear live via video to discuss her storied career with Sophie Black.

Her children’s stories, including Fudge and Tales of a Fourth Grade Nothing, were funny, irreverent and riotous precursors to the blockbuster kids’ series of today, and her young adult books were beloved – and sometimes banned – for their free and frank depictions of puberty and sexuality.

But Not Forgotten is a special panel event at 2pm on April 30 where four festival guests will reflect on the powerful work of Sydney literary great Elizabeth Harrower, legendary political reporter Mungo MacCallum, spymaster John le Carré, and Jan Morris.

This can be viewed from Gosford, Erina and Tuggerah Library.

Cassidy is back again on Saturday, May 1, finishing the live stream festival with his discussion with the former deputy leader of the Australian Greens, Scott Ludlam, to discuss his new book, Full Circle, which explores a new political and environmental change approach.

They will be joined by Magda Szubanski to discuss the triumphs and disappointments of activism and advocacy and Sally McManus to share the challenges and advantages of expressing dissent from an institutional base.

This talk will be held at 10am Saturday, May 1, at Erina and Tuggerah Library.

Be the first to comment on "Libraries stream Writers Festival highlights"