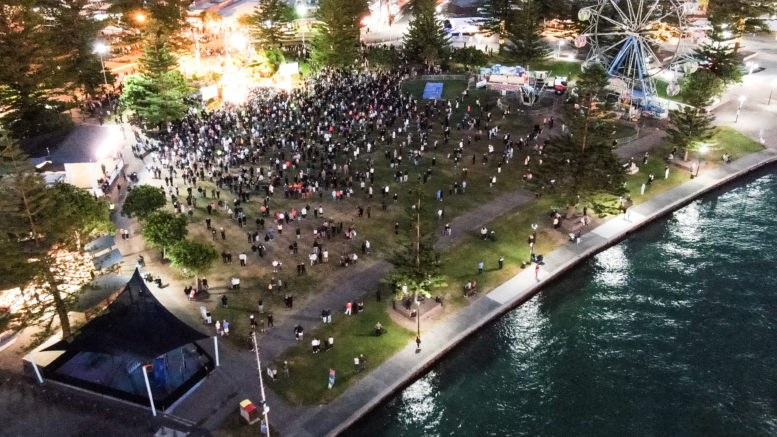 Around the Coast, people turned out in droves to commemorate the fallen and the returned in live ANZAC Day marches and ceremonies.

Soldiers from Adamstown were among over two thousand people who attended the Dawn Service at the Doyalson Wyee RSL Sub Branch to mark the occasion.

Vice President, Bob Dokter, said the large crowd attended the Dawn Service to pay homage to those service personnel, both past and present, who sacrificed so much to allow us to live in a safe and democratic society, free from prejudice and prosecution.“

“We do not glorify war on ANZAC Day, far from it, ANZAC Day is about compassion, about endurance against overwhelming odds and most of all, looking after your mates.”

Large crowds were also observed at dawn services at The Entrance and other town centres.

And for the second year, Coast Opera Australia held a moving tribute, ‘Salute To The Anzacs’, at Central Coast Stadium on Sunday afternoon, including electric performances of The Last Post and Rouse, and a minute of silence as the sun set.

The large turn out to ANZAC Day events follows last year’s restricted services where most locals marked the occasion with their families and a candle in their homes and driveways.

Florist wants to add a cafe

Traditional ANZAC services to be held

When our veterans stood silently alone in remembrance