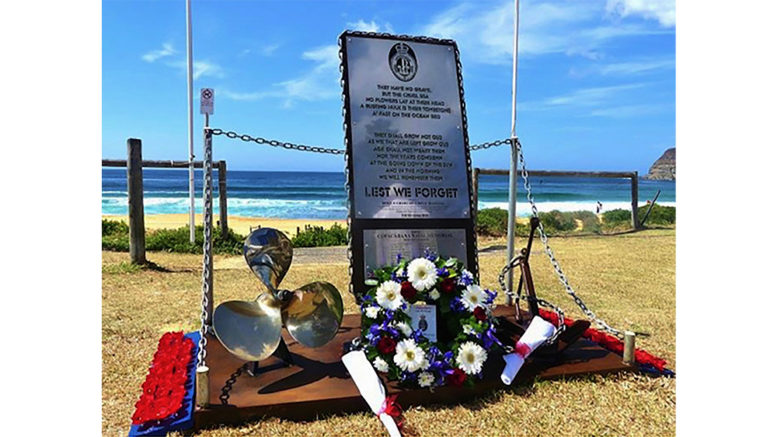 Residents of Copacabana are celebrating the fact that their Naval Memorial is now registered as an official War Memorial.

“The Australian Navy in Vietnam Veterans’ Welfare Association of NSW has been based at Copacabana for over 15 years providing assistance to any serving or former members of the Australian Defence Force,” Hammal said.

“The association also fosters a community spirit by organising and participating in community and commemorative events and appreciates the Naval Memorial being recognised as an Official Memorial with the NSW War Memorial Register.”

Hammal said it was important for a small community like Copacabana to have a memorial as a focus for activities around Anzac Day and Remembrance Day.

It was also important in helping educate younger generations about our ANZACs and the supreme sacrifices made in war and peace time by our defence forces, he said.

The memorial is dedicated to all naval personnel, in war and peace time, whose final resting place was the ocean bed.

It consists of an upright metal panel, with two stainless steel plaques attached.

The panel stands on a metal plate, in between a brass propeller and a brass anchor, which has a chain wrapped around it.

A chain is also used to form a border around the edge of the panel and the back, left, and right sides of the plate. A third stainless steel plaque is attached to the bottom plate in front of the two bollards.

Hammal said the anchor represents the final resting place for naval personnel, with the chain set in a figure-of-eight around two bollards to denote infinity.

“The memorial is not permanently fixed to the ground,” he said.

“It was approved by Central Coast Council as a Transportable Naval Memorial, as no digging was permitted out of respect for the Aboriginal heritage of the area.

“When on display, it is positioned near two flagpoles adjacent to the Surf Life Saving Club at Copacabana Beach.

Be the first to comment on "Its official … Copacabana Naval Memorial"