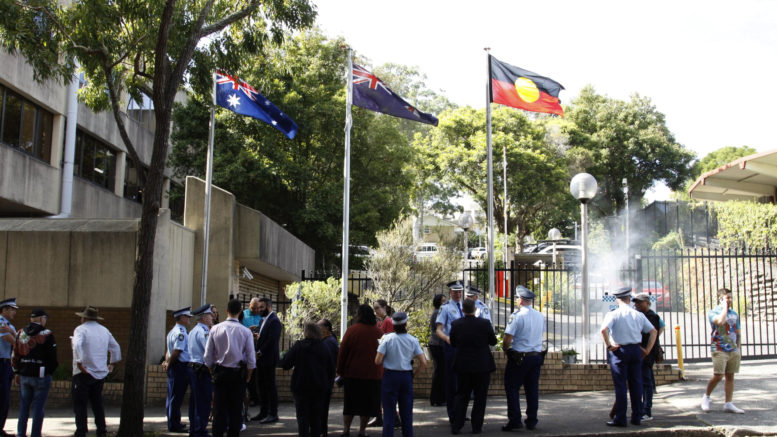 The Aboriginal, flag has been raised at Gosford Police station

Kevin Duncan, on behalf of the Darkinjung people, performed the welcome to country and smoking ceremony as the flag was raised.

BJ Duncan spoke on behalf of the consultative committee on the meaning of the flag to the local community.

The artwork will be featured in the foyer of the police station as a symbol of the local land, community and building partnerships and positive relationships between police and local Darkinjung people.