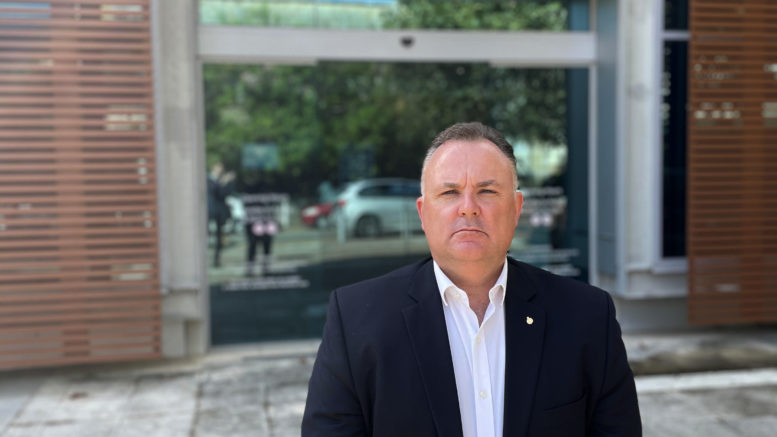 Parliamentary Secretary for the Central Coast and Member for Terrigal, Adam Couch, will directly petition Local Government Minister Shelley Hancock for a public inquiry into the financial woes of Central Coast Council.

A Parliamentary debate on an e-petition with more than 20,000 signatures calling for a judicial inquiry will be held on May 6, but Hancock will make a decision on the future of the Council prior to that, when the current period of administration finishes on April 29.

Crouch said while he admired the two women who had organised the e-petition, there was a difference between a public and a judicial inquiry.

“The difference is that calling for a public inquiry allows the Minister to trigger a (further) suspension of councillors,” he said.

“The Minister has two choices at the end of April – to ask suspended councillors to return or to call a public inquiry (in which case) they would remain suspended.

“The return of councillors is one of the main concerns in the community; they have seen (the councillors’) behaviour over the years and are not impressed.

“We had a group of eight councillors who tried to play politics for three years rather than focussing on what community wanted them to do.

“They had a great opportunity post amalgamation to do the right thing for the people of the Coast.

“There are projects which may never happen because of this potential mismanagement.”

With Administrator Dick Persson having indicated that he would not carry on in the role if the period of administration were extended, Crouch said Minister Hancock would have total discretion over appointing a new administrator if she decided to opt for a public inquiry.

“It is important the community supports me in (letting the Minister know) we are resolute in wanting an inquiry,” he said.

“A public inquiry would expose who was responsible and help to ensure these terrible mistakes and failings are never repeated,” he said.

“I support the petition which is being presented to the NSW Parliament in May, but I am going one step further by directly petitioning the Local Government Minister for a public inquiry.”

Brickbats and bouquets for Operational Plan

3 Comments on "I want a public inquiry – Crouch"