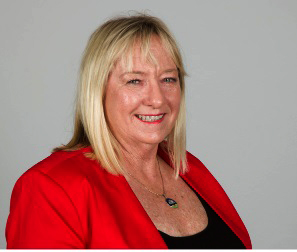 Suspended Councillor Jillian Hogan has applauded Central Coast Council’s recent decision to retain the Status of Women’s Advisory Committee as women continue to face the ongoing issues of domestic and family violence, sexual assault and equality and equal pay in the workforce.

Administrator Dick Persson has credited a conversation he had with Hogan for influencing his decision on March 23 to retain the committee, which had been at threat of amalgamation into a larger Social Inclusion and Advocation Advisory Committee.

Hogan highlighted the local figures of domestic violence and sexual assault and helped convince the Administrator that there was a need to focus on these issues.

On the Central Coast there have been 1,489 reports of domestic assaults in the past two years.

Sexual assault on the Coast for the same period increased by 21.7 per cent with 365 reported incidences.

Indecent assault, act of indecency and other sexual offences made up another 392 reports.

Persson told the March 23 Council meeting that he spoke with Hogan, who had sent in a submission against the proposed committee amalgamation.

“I had a long talk with Jillian Hogan who influenced me substantially,” Persson said.

“Many of you would know her, she run’s the San Remo Neighbourhood Centre, and she highlighted the domestic violence and sexual assault figures; there’s a lot of real need to focus on women’s issues on the Central Coast.”

Also protesting the proposed amalgamation of the committee was group of about 20 women dressed in black and led by former councillor, Vicki Scott, who gathered outside Council chambers ahead of the meeting.

During the meeting, Persson asked why there were men on the committee and showed a graph highlighting how many meetings the men had missed.

He said he thought a committee such as this was better served with women members.

Hogan, who had been on the committee, had resigned due to the number of male councillors who were members.

“Women are still underrepresented in leadership roles with data demonstrating that women are underrepresented at all levels of decision-making; in leadership and executive roles worldwide and achieving gender parity in the workplace as well as in political life, is far off,” Hogan said in her written submission.

Hogan highlighted the overrepresentation of men on the women’s advisory committee.

She said the Status of Women Advisory Committee elevates specific women’s issues by giving women a voice and the opportunity and platform to respond to issues that overwhelmingly impact women.

“The recent events within parliament and the subsequent response by women with the March4justice events calling for an end to gendered violence, sexual assault, discrimination and harassment of females, is indicative of the entrenched attitudes and behaviours that still exist in this country,” she said.

“I hold on to the idea that in order to create change we must listen to the community and those that sit in this Council.

“When we talk about women we are not just referring to women my age; we are talking about young women, women who today are still being sexually assaulted, who are beaten in their own homes.

“It is the drive of groups such as the Women’s Advisory Group (which elevates) the voice of women and highlights the case for change within Council as well as the broader community.

“Women today face many issues in the quest for gender equality.”

Hogan said another issue women are facing is the lack of equality and equal pay in the workforce.

Nationally, Women are paid 17.5 per cent less than men doing the same work.