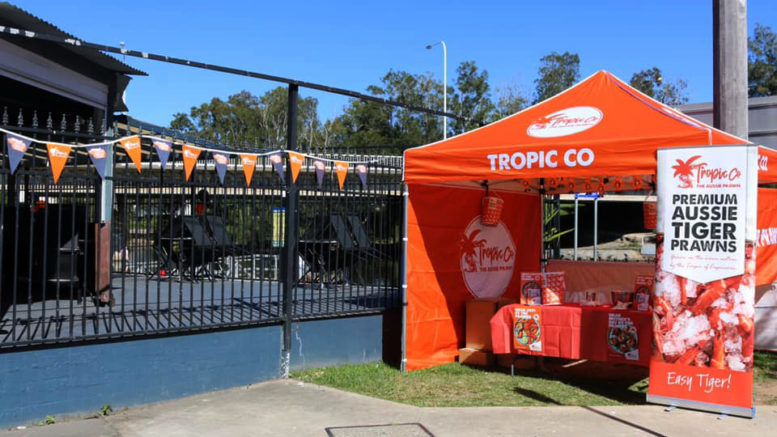 Are you a huge fan of prawns?

If so, the good news is that the seafood staple has its very own national day.

The centrepiece of the celebration is the Great Australian Peel-Off which aims to make the Guinness World Records for the most shrimp/prawns peeled in one minute.

The current record for prawn peeling is 21 in one minute.

The local event for this competition was held at Riverside Seafoods in Budgewoi on April 15, where nimble fingers were put to the test from 11am to 2pm.

“It was a great day, there were a fair few people around… we had a face painting stall for the kids while their parents were peeling prawns,” said Riverside Seafood’s owner, Dylan.

While they didn’t manage to break the record, one contestant managed to peel 9 prawns in a minute.

One of the staff members from Riverside managed to peel 11 in the same amount of time.

Prawns for the event were supplied by Tropic Co, which has been giving away massive amounts of their prawns for free to be used in the competition.

Their prawns are sourced from their prawn farms in Mission Beach and Gregory River in Queensland and in Yamba NSW.

More than 1,500 tonnes are expected to be produced by the largest prawn farmer alone this year, with approximately 10 kilograms being supplied to Riverside Seafood for the competition.

Jemma Smith to compete with Newport