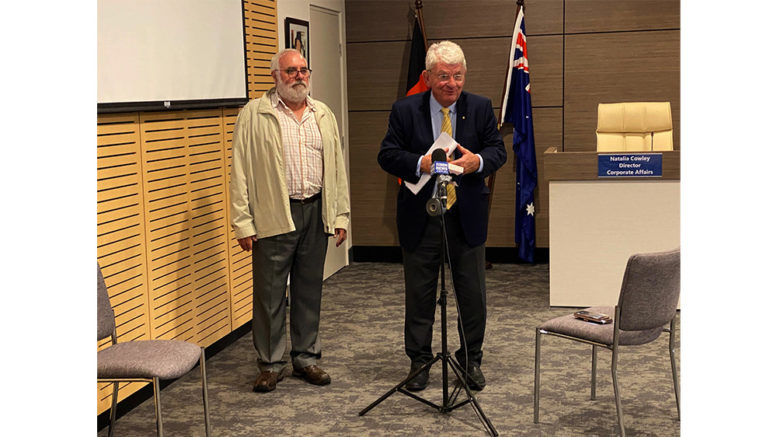 Community consultation is key to Central Coast Council’s management of the region’s open coast lagoons, a new report by a coastal engineering expert has found.

Angus Gordon’s report, Review of Central Coast Council’s Lagoon and Lake Entrance Management, Policies and Practices, released on April 6, has made five recommendations to streamline management of the lagoons.

His first recommendation is that the proposed updated Council Policy for entrance management of the four smaller lagoons – Cockrone, Avoca, Terrigal and Wamberal – be completed, placed on public exhibition, finalised and adopted by Council.

Tuggerah is the fifth lagoon in the region and is considerably larger and more complex than the other four.

It is actually made up of three water bodies, being the main Tuggerah lake and then Budgewoi and Munmorah to the north, both of which connect to the main water body and do not have separate ocean entrances; all effectively exit at The Entrance.

Gordon urges that the first stage report by Manly Hydraulics Laboratory (MHL), which documents and reviews existing studies and provides a conceptual model of entrance behaviour and sand movements, be finalised and made available for public discussion.

This would provide key background material leading to an understanding of the complex nature of the management issues at Tuggerah, he said.

Gordon urges that flood risk management awareness be routinely brought to the attention of those whose properties are considered to be in vulnerable areas and that particular attention be given to ensuring people do not create habitable rooms under houses that have been elevated above the local flood planning levels.

His fourth recommendation suggests that the entrance to Tuggerah Lake be maintained in a flood-ready condition given the speed with which homes can be impacted following a flood warning and urges any Entrance Management Policy be placed on public exhibition for community input before it is finalised.

Gordon also suggests the community be encouraged to work with Council staff in an “atmosphere of mutual respect”.

Gordon’s report was commissioned by Council at the peak of the March floods at the request of Administrator, Dick Persson.

Persson said while he was satisfied everything had been done to minimise the impact of the weather by Council staff, this was the ideal opportunity to have an independent expert assessment of policies and practices at relatively small cost ($5000).

“At the outset, I must reiterate I have been impressed with the commitment and expertise of Council staff in managing the recent floods,” he said.

“I was confident they knew what they were doing and everything had been done to minimise the impact of the weather.

“Understandably public confidence in Council has been damaged with the events of the last few years.

“The information and subsequent recommendations in Mr Gordon’s report should restore much of that confidence.”

Persson said there had been a lot of disappointment after last year’s floods over Council’s handling of the situation.

“This year we did better but there were still a lot of complaints,” he said.

“Comments on social media suggest people were happier with the communication flow this time around.”

Persson said there will always be a level of flooding around Tuggerah Lake particularly.

He said there was no suggestion of planned retreat around the waterway but there had been talk of a program to raise houses in the future.

Persson said all five recommendations in the report would be progressed and implemented accordingly.

The full report can be found by searching ‘administrator’ at centralcoast.nsw.gov.au.

Low isolation levels on the Coast