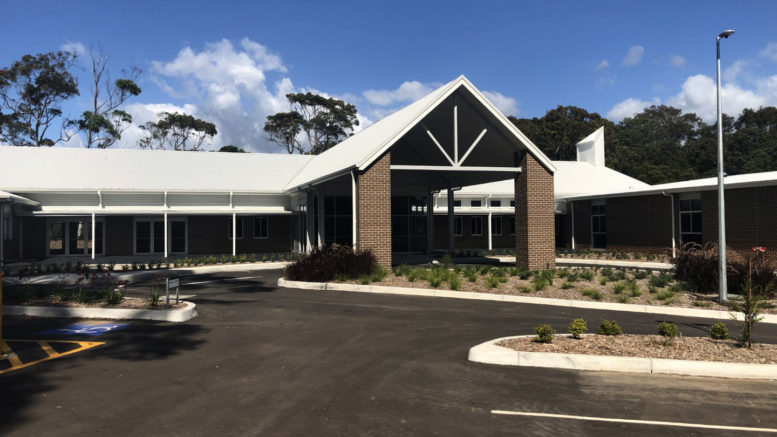 The new church at Forresters Beach

Seven years after the land was bought, the new Forresters Beach Seventh-day Adventist Church officially opened its doors to the congregation on April 10.

A special service saw the opening carried out by President of the North NSW Conference of Seventh-day Adventists, Pastor Adrian Raethel, and Parliamentary Secretary for the Central Coast, Adam Crouch.

The church has an interesting history.

Formerly known as the Erina Seventh-day Adventist church, it was first built on a site on The Entrance Rd (now the Central Coast Highway) at Erina Heights in 1919.

A new church on the same site was built in 1976, but as congregation numbers grew and upgrades to the building became necessary, it was decided to sell and move to another location.

A new site was bought in 2013 on the corner of Kyte Pl and Bellevue Rd, Forresters Beach, but the church remained at Erina Heights.

The Erina Heights site was sold to Creighton’s Funeral Services in 2015, with the congregation permitted to continue worshipping in the building until February 3, 2018, when services relocated to Terrigal Uniting Church in Terrigal Dr, where they continued until March 14, 2020.

The Entrance congregation was formed in 1954, and after their church was sold in 2015, many members joined with the Erina congregation, with others joining Adventist churches nearer to their homes.

The newly formed church had planned that its building would be completed very soon after the land was purchased, but there were many very frustrating delays, including “land offset” regulations and Council requirements.

Finally, after years of delay, the builders, Pluim Group Constructions, were able to move in, clear the land and start building.

This was completed very quickly and efficiently, with the date for the first church service and official opening of the new facility set for March 21, 2020.

But just days before the planned opening, COVID-19 restrictions came into effect, with churches of all denominations in NSW unable to meet.

But now that restrictions have eased even more, the new church building has at last seen its official opening.