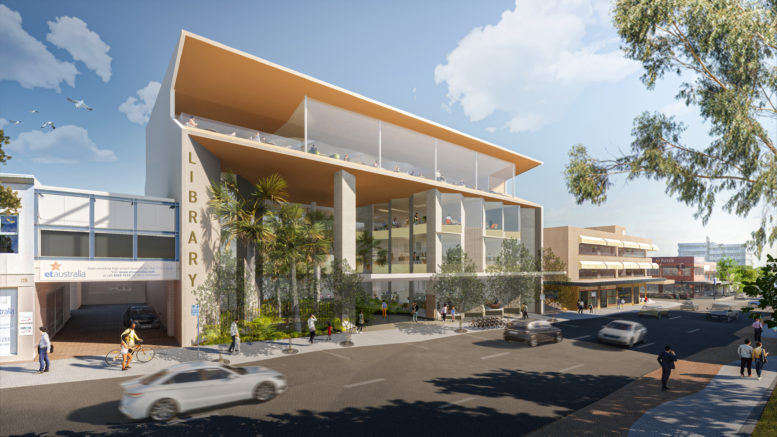 An artist’s impression of the new regional library

It is difficult to believe, with swinging cuts to every kind of service being announced (Chronicle p8 Mar 31), that the plan to construct a white elephant regional library in Gosford is apparently still in the program, at a cost of nearly $30M, assuming that it would actually turn out to be that figure, which would be a novelty.

At the same time, the local library at The Entrance is to be closed, despite the fact that all surveys show a high level of appreciation for local library services and no appreciable demand for a regional library at all.

If library funds were being allocated sensibly, that is, to ensure that our local libraries can offer 21st-century services, I don’t think there is any doubt that the balance would be even more heavily in favour of local libraries than it is now.

No doubt, there is a need for some kind of regional co-ordination facility to link our local libraries together.

There is also, without question, a need for some kind of central archive, with an associated research feature.

These kinds of operations can easily be accommodated in a simple structure, located, let us say, in the Tuggerah industrial area.

The Council could, probably, lease some such modular space for the purpose, thus avoiding an excessive capital outlay which we should be trying to avoid at this time.

Of course, someone would have to pass up the honour of cutting the ribbon at the opening but, at least, we’d be spared the unseemly jostling for naming rights that inevitably accompanies the inauguration of any new local government monument.

1 Comment on "Do we really need a $30M regional library?"