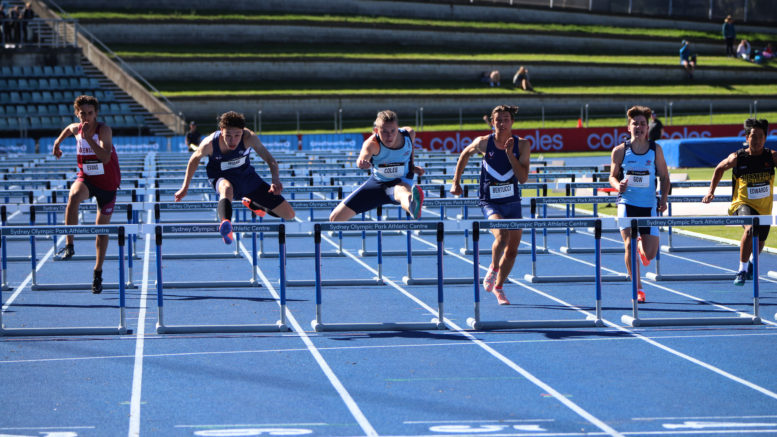 With the 2021 Australian Track and Field Championships in full swing at Sydney Olympic Park Athletics Centre, a number of athletes from Mingara Athletics Club have come away with exceptional results for the NSW state team.

On Monday, the greatest result for Mingara came from George Wells in the Men U16’s Shot Put, who came second with an 18.49m shot that set a new club record.

Day Two saw Hamilton, Coles and Garner all perform to an even higher standard, each earning a medal for their events.

Coles competed in the Men U16’s 100m Hurdles and came away with a winning run time of 13.04 seconds, setting a new club record for Mingara.

After finishing second overall in the preliminary race round, Coles dropped 0.47 seconds of his initial time, and in the end beat second place Victorian, William Wong by just 0.01 seconds.

With the athletics looking to continue over the weekend and through to Monday, there will be many more chances for Mingara club members to represent the state whilst bringing pride for their local club.

Tascott High Jumper, Nikola McDermott will be competing on Sunday in the Opens division.