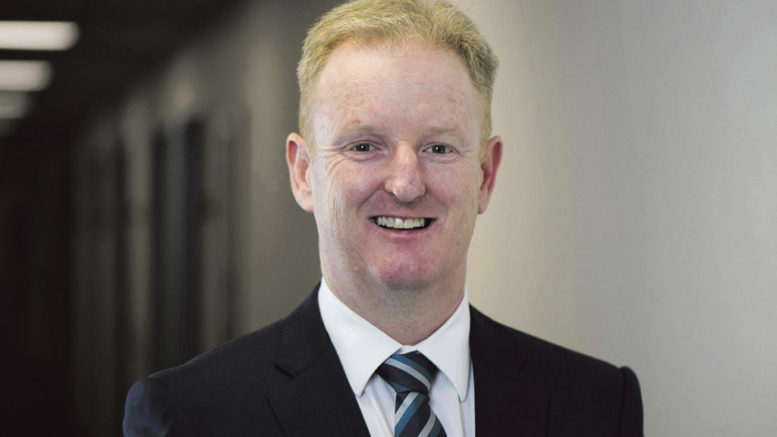 After almost five years as the Chief Executive (CE) of Central Coast Local Health District (CCLHD), Andrew Montague has resigned from NSW Health and will work his last day on April 30.

Montague has taken up a new position as the General Manager of Health and Palliative Care at HammondCare based in Sydney.

Dr Tim Sinclair will become the temporary CE at CCLHD until June 30, while recruitment for the role is in progress.

During his tenure, Montague has overseen multiple projects, including the redevelopment of Gosford and Wyong Hospital and the development of the new Clinical Research Institute Building, a partnership project with the University of Newcastle.

Of all of his achievements, there is one that stands out.

“I think for me the biggest change, and one I am really proud of, is the work that came to the culmination of the opening of the new palliative in-patient unit,” Montague said.

“The opportunity to work with the local community via Elsie’s Retreat and actually work together to get to the point where we now have our first in-patient unit is really exciting.”

Other services that have changed in the last 18 months have been the opportunity to offer patients a 24-hour service.

“Patients who came in out of work hours would get shipped down to Sydney to have procedures and investigations done; now we have a 24-hour service based on the Central Coast,” Montague said.

“I think if you look at the technology that is coming in….particularly in our operating theatres… some of the technology for things like vascular surgery, the advances we have got there are really pleasing, and it is great to see things moving forward.”

As the CE, Montague has been at the forefront of the fight against the COVID-19 and made a point of congratulating the Central Coast community on how they have handled the crisis.

He did say, however, the crisis has taken a toll on his staff.

“[For people in the health industry] it has really been a struggle; a lot of people are still really tired (after) what we have been through,” he said.

“It is a credit to them that they are still going because the fatigue is cumulative, but people still turn up every day to look after patients.”

Another challenge which continues to place stress on the health system of the Central Coast, specifically the hospitals, is the increasing population.

“I think there is always going to be demand on public health services, and that includes emergency departments,” Montague said.

“We know there are some challenges around General Practitioner (GP) numbers on the Central Coast, and I know the Primary Health Network (PHN) are advocating to employ more people.

“But we can also look at chronic diseases, whether that is someone with diabetes, emphysema or chronic heart problems, and really look at how we manage those conditions, so people don’t have to come into hospital.

“Going forward, we are now at the beginning of treating more people at home; we are starting to use virtual care, video conferencing, telehealth -a way for people to get their services without them coming into facilities.

“The other big area is focusing on health promotion and public health – looking at things like obesity, people smoking, alcohol use; all of those things that actually play a negative impact on people’s health.

“It really has to be a combination of those things to prevent people from getting unwell and focusing more on keeping people well so they don’t have to come in and use hospitals all the time.”

Dr Tim Sinclair will begin in the position on May 1.