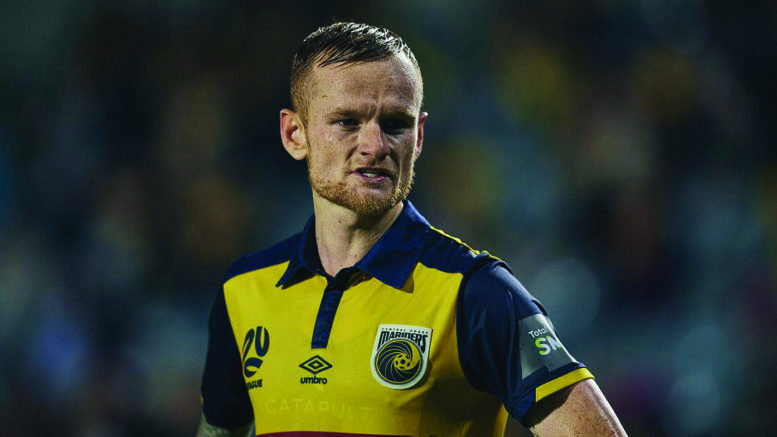 The Mariners A-League season hangs in the balance ahead of a crunch match this weekend against rivals Sydney FC (April 24) at Central Coast Stadium.

With the A-League reaching the business end of the 2020/21 season, the Central Coast Mariners are poised delicately within the top of the table mix, and in need of good results to stay in reach of first place.

With Melbourne City posting an historic 7 – 0 win over cross-town rivals Melbourne Victory in the past week, City has a firm grip now on the top of the League table, sitting with both a point and game in hand over second place Mariners.

After a disappointment match in Launceston, the Central Coast side return home for this Saturday’s match against Sydney FC.

This will be followed by three remaining away games to end the league season, against Victory, Roar, and finally the Newcastle Jets.

Sydney FC will come to the Coast only three points behind their northern rivals, and with an even record of +7 goal difference for both teams, an away win will launch the travellers ahead on the table.

Seventh place Brisbane Roar have two games in hand on the Mariners and two opportunities to take points off them; doing so will bring them within one point of the blue and yellow.

The Mariners do not yet have a secure spot in the finals series that will be played throughout June, although they are still well in contention.

The top six teams play finals, with the top two advancing straight to the semi-finals.

Who do we sing for?

Around the Grounds: Matt Hatch

Be the first to comment on "Bring it on: Crunch time for Mariners"