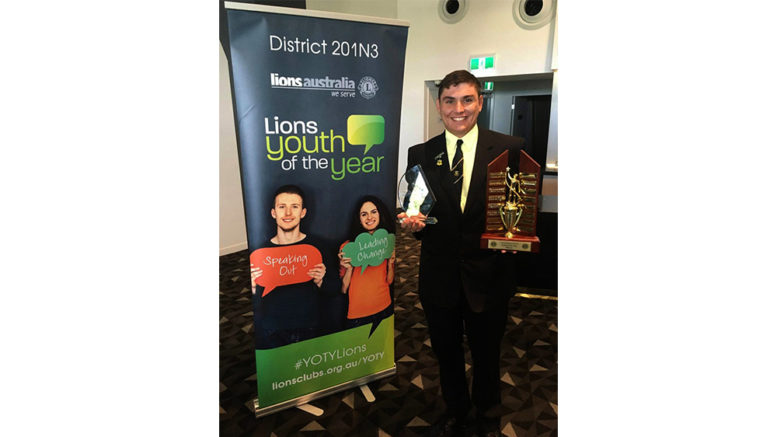 Brandon Willmette from Henry Kendall High School won the District Finals of the 2021 Lions Youth of the Year Award at Rutherford on March 26.

He will now represent Henry Kendall High at the State Final, to be held in Canberra during the school holidays.

Willmette was selected for his leadership qualities as school captain and his dedicated drive to improve his future skills.

He had won the Region 1 Final on March 9, where he joined by fellow student, Caitlyn Wilson, who had also represented Henry Kendall High in Round 3 of the Competition.

Lions Youth of the Year (YOTY) Program was established more than 50 years ago to develop and hone participants’ skills associated with interview technique, personal interaction, networking, public speaking and thinking on their feet.

It is designed to encourage student interest in leadership and the qualities required to take an active and constructive role in the community.

The qualities sought, apart from academic attainments, are those of leadership, personality, sportsmanship, public speaking and good citizenship.

If Willmette wins the state final, he will move onto the national final to be held at the Lions Multiple District Convention in April or May.

Khalen selected for ‘Live it’ program