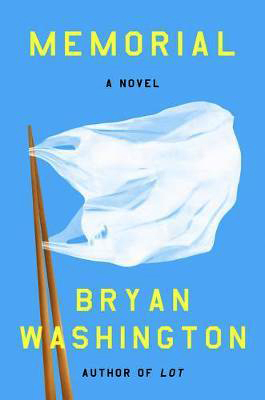 Reading this book takes a little getting used to.

Conversations take place but there are no quotation marks (a technique used in the acclaimed book by Cormac McCarthy, The Road).

I am not sure if this has become a trend.

While McCarthy made it work beautifully, it seemed just a little sloppy here, and I had to re-read paragraphs to make sure I was following the conversation correctly.

Anyway, onto the story.

Benson (Ben) and Mike are a couple that have issues.

They live in Houston, Texas.

Ben is black and HIV positive.

Mike is Japanese and fat.

From the onset Mike heads off to Osaka to be with his father, who is sick.

Ben can’t understand this, especially as Mike’s Dad abandoned the family when Mike was a teenager.

And to top things off, Mitsuko (Mike’s mother) has just flown in from Japan to be with Mike.

That leaves Ben and Mitsuko, a woman he doesn’t know, to share a one-bedroom unit. Ben resents Mike for this.

Mitsuko seems to resent both Mike and Ben for this.

The first part of the story is from Ben’s perspective while he is Houston living with Mitsuko.

Ben is a day care worker who befriends Omar, the much older brother of one of the children Ben supervises at day-care.

We learn of Ben’s dysfunctional father, a meteorologist, who lost his job for being drunk on-air.

We learn that his parents split up.

We learn how he and Mitsuko cook together and forge a relationship of sorts.

We learn that Mike isn’t the best at keeping in touch.

In the next section we are transported to Osaka for Mike’s perspective.

After traveling halfway around the world Mike gets lost in search of his father’s address.

He finally arrives to spend time with a man he hasn’t seen for ten years.

We learn about Mike’s childhood.

We learn that his father owns a bar and Mike is helping out there.

We learn about Tan, a new friend of Mike’s.

We learn that his phone died, and he couldn’t contact Ben for a while.

The final section takes Mike back to Houston where he and Ben are together and trying to figure out their relationship and if they even have one to figure out.

I liked how the story was told from both Mike and Ben’s perspectives.

It made me appreciate each character more (my judgements of Mike dissolved after I read his section and vice a versa) however, saying that, I still felt I didn’t have a clue about what made either of them tick.

Both Ben and Mike seemed to be on guard, with themselves, each other and to the reader.

There were some very slow parts (I even made a notation halfway through the book and wrote “this is the point I got bored”).

But it must have picked up again because I don’t remember being bored when I got to the end.

Maybe I am old (shut up Ross!) but do people ,and especially their parents, really use the f word that much?

Even with these criticisms and the lack of quotes, I really didn’t mind reading this book.