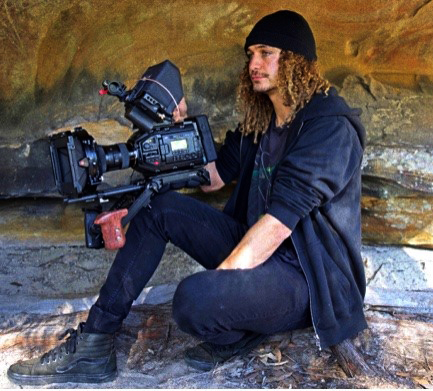 Young people aspiring to a profession in the arts have the opportunity to boost their endeavours with a grant of up to $5000 from the Bouddi Foundation for the Arts (BFA).

Grants are open to people aged between 15 and 30 with artistic talent covering a sweeping range of disciplines under the creative, performing and literary arts to help fund their development.

The BFA is especially looking forward this year to receiving more applications from the northern suburbs.

“We know there is a wealth of artistic talent in that area, but we have yet to see anything but a trickle from the north of the Central Coast, and we also know that there is just as much real financial and mentoring need to be met,” said a BFA spokesperson.

“We make a special plea to young artists, to their parents, their teachers and everyone who wants to see young artists develop, to encourage them to apply for a grant.”

Jacinta-Rose Burley of Blue Haven, a musical theatre all-rounder, was one of 2020’s crop of talented recipients whose grant helped cover the costs of singing, dancing and drama lessons.

Although COVID-19 stymied her efforts to attend a Broadway training and development immersion in New York and Chicago, the grant enabled her to get some world class mentoring from teachers in Australia.

Disappointed but undeterred, Burley continued to seek out other opportunities and she was waiting to hear whether some productions that she been cast in before Covid would be picked up again and she had just wrapped up performing in a short production about the pandemic.

He has now graduated from UNSW and is deepening his photographic focus on social and cultural issues.

“The receipt of the BFA Artist grant assisted greatly in purchasing a set of Leica-R rehoused vintage cine lenses,” he said.

“These lenses allowed me to get my foot in the door on some bigger job opportunities with more established professionals, as well as giving my personal projects a professional looking high production level aesthetic.

“I’ve been busy finding a balance between personal projects and other commercial and documentary filming work, including in Arnhem Land, filming Aboriginal documentaries.

“Never a dull moment in this industry,” Lee said.

“I’ve just been named one of two winners of the BigCi Environmental Awards 2021 using the vintage lens from my Bouddi Foundation Grant.

“I want to thank the BFA for doing what they are doing in supporting young artists and making it a little bit easier to excel in our selected professions.”

The Bouddi Foundation for the Arts was founded 10 years ago by John Bell AO OBE FRSN, who continues to Chair the Foundation.

In reviewing the 2020 grants success, Bell said that despite all the setbacks and limitations of the COVID-19 year, it had been a very satisfying year, where the BFA team and the young grantees turned a potentially disastrous scenario into a triumph.

“Donors and patrons were more generous than ever, and the standard of talent was as high as ever,” he said.

“We have decided to extend the age limit from 25 to 30 years this year, to give more artists in fields such as opera, classical music, literature and the visual arts a little more maturation time to develop their craft.”

The Bouddi Foundation of the Arts grants close on Sunday, May 16.