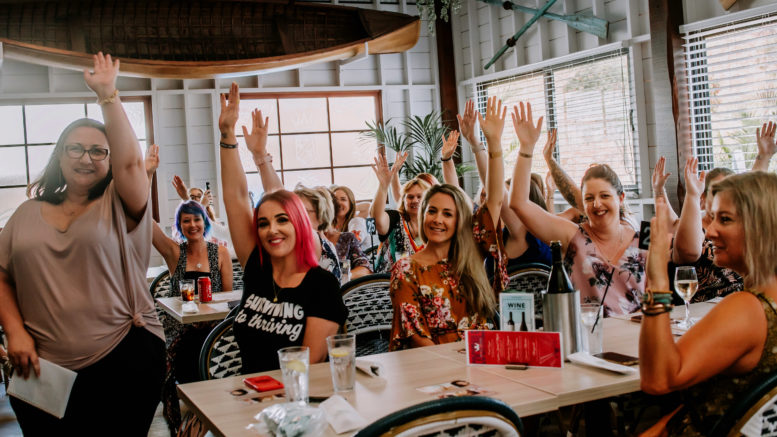 The women of Women in Business Connect

From home renovators to accountants and even bra fitters, the Women in Business Connect group hosts a diverse range of local businesses run by women.

Now with 500 members, the group was formed in August 2020 by Janine Hunter, who wanted to create a Facebook community for women who run businesses to connect and network with each other during the COVID-19 pandemic.

It has become a prominent region wide online community for motivated women that want to network and learn new things, Hunter said.

“Being in business and having three kids at home, it was really hard to network, as some forums were kid friendly and others were not,” she said.

Hunter who owns and runs Central Coast Bra Fitter, said the group was designed for working mums to come and connect with like minded people to share their resources and customers.

The group currently meets twice a month either in person or over Zoom.

Before COVID-19 began last March, Hunter was running a similar page on Facebook with about 300 members, but since the pandemic that number has grown to 500.

“Facebook has been really great for keeping us all together,” Hunter said.

“Not everyone needs a bra fitter, but they might need an accountant, so we try to connect our customers with other local businesses.”

On International Women’s Day on Monday, March 8, members of the group met face-to-face in Wyong to raise funds for RizeUp Australia, a support service for women and families affected by domestic violence.

Guest speaker was domestic violence victim turned advocate, Bella Reeves of Lake Munmorah, who is currently on a mission to raise $10,000 for RizeUp.