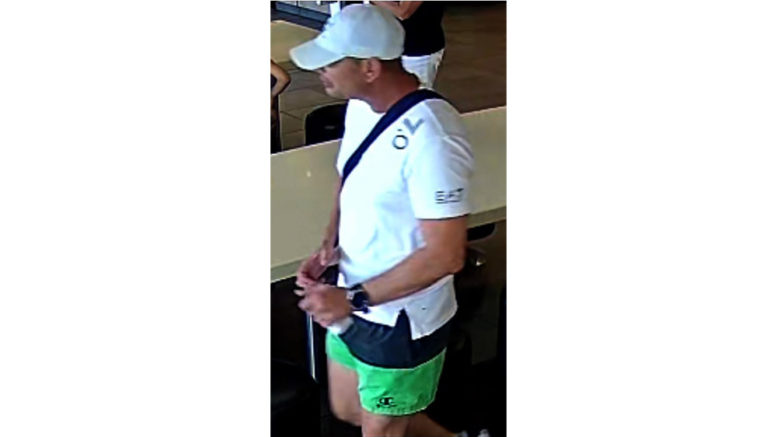 Tuggerah Lakes Police have released an image of a man they wish to speak to in relation to an intimidation offence at Tuggerah.

About 12.30pm on Sunday, February 21, a 60-year-old man, a 38-year- woman and two children, aged eight and three, were eating inside a fast food restaurant on Anzac Rd, Tuggerah, when they were approached by an unknown man.

Police have been told that the man started to verbally abuse the family and intimidate the children in an unprovoked incident.

The 60-year-old man attempted to diffuse the situation while the man continued to threaten and abuse the family.

After the man left, Police were notified and commenced inquiries into the circumstances surrounding the incident.

As investigations continue, Tuggerah Lakes Police have released a CCTV image of a man they wish to speak to.

He’s described as being of Caucasian appearance, aged in his 30s, wearing a white hat, white shirt, green shorts and a blue shoulder bag.