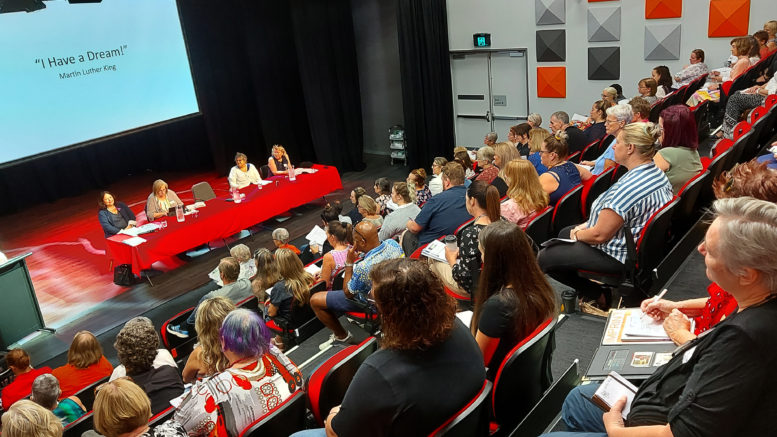 The community group Action on Housing Older Women held a forum on March 10 to brainstorm housing solutions for homeless, elderly women on the Central Coast but still calls on community members, businesses, and organisations for more suggestions.

Action on Housing Older Women was started at the beginning of 2020 by Elderslie Foundation representatives Ruth Jordan and Deb Tipper.

Tipper said women over 55 is the fastest-growing cohort of homeless in Australia.

“What we wanted to do was help people understand how important this issue is at the moment,” Tipper said.

“Between 2011 and 2016, there was a 30 per cent increase in women who are homeless… and this has increased since then.

“COVID has exacerbated this because women are traditionally lower-income, and they also (have) very few savings in terms of superannuation because of historical discrimination.

“Also, their work patterns of being in and out of the workforce will often reduce the amount of superannuation they have.”

Tipper said one idea that came out of the forum was using unoccupied residential spaces as temporary housing for women.

“There is a lot of vacant property around which is not being used for a variety of reasons,” she said.

“One idea that came out of Sydney was an aged care facility that was waiting to get developed and approved in the future and was empty.

“There is a plan to redevelop it, but in the meantime, there was all this vacant space which could accommodate people for up to 12 months.

“If you can stabilise someone for 12 months, it gives them time to find their feet and work out what they want to do.

“We have some of those facilities on the Central Coast.

“We also know there are empty hotels around as well.”

Another idea was pairing up people who have spare rooms in their houses with homeless women who need somewhere to stay.

“We believe if we harness a collective of ideas, we can make a difference to women on the Coast,” Tipper said.

She is encouraging anyone with ideas to come forward by contacting the Elderslee Foundation.

Doctor is harder to see than the Queen

Let’s use our food resources

If you wish to progress, you need to be progressive