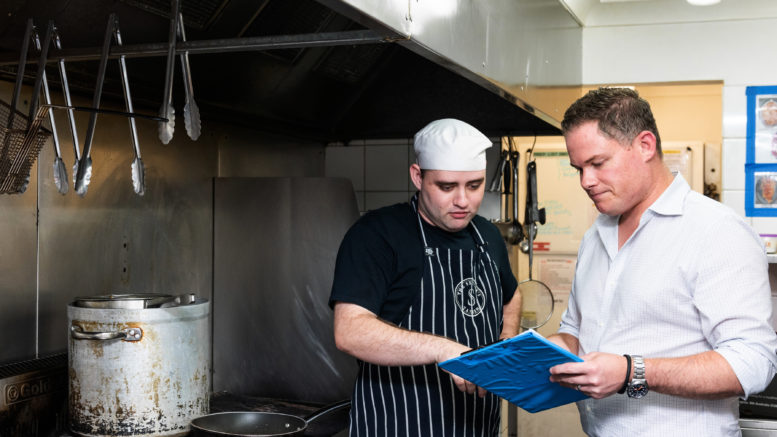 Since Wednesday, March 17, patrons across the Central Coast and throughout NSW have been allowed to stand up and drink at indoor venues, pubs, and clubs.

Dancing still remains off the table for venues and events other than at weddings – where 30 people are allowed to dance at one time.

Settlers Tavern at West Gosford is one of many Central Coast businesses that have welcomed the easing of restrictions.

Owner, Adrian Evans, said allowing people to stand up and drink is one step closer to what it was like before COVID-19.

“With the new standing rule, it means things are pretty much back to normal; well as close as we can be,” Evans said.

“It increases people’s morale now they can get up and mingle, and it will bring people’s confidence back.

“People are still worried about going out and joining the world, but I think it is going to help them build their confidence back up again.”

Settlers Tavern shut its doors through lockdown, with only the restaurant opening temporarily for takeaway.

Evans said the most challenging part about coming out of lockdown was trying to encourage people to come back to work, as many of them were on JobKeeper or JobSeeker.

But he said one positive experience to come out of the situation was hiring Jackson Snead, who had experienced employment barriers due to being on the autistic spectrum.

Snead was placed into his role with The Settler’s Tavern through Asuria’s services of the Disability Employment Services (DES) program and said he is excited to be back working.

“I was unemployed for such a long time; at one point, I was applying for jobs that had rejected me twice over,” Snead said.

“Normally, I find it very difficult to get past the interview stage, because unfortunately, as much as I can vocalise my skills, employers don’t really see it unless they see you working at some point.”

When Snead first started working, Evans said he was quite shy but he has now become a valuable member of the team.

“Once we knew how to look after him, he felt more comfortable in the environment and he really started to shine,” Evans said.

Venues still have a 1.5metre rule, dancing is still not allowed, and audiences are not allowed to sing indoors.