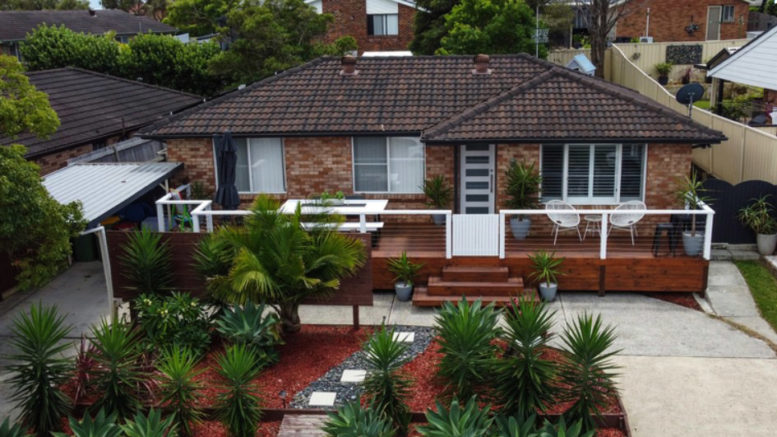 One of the best kept real estate secrets is out of the bag as Sydney buyers swarm on the 2261 postcode, pushing up average property values by almost 16 percent in 2020.

Buyer activity in Killarney Vale, and the beachside suburbs of Blue Bay and Toowoon Bay, is now as much as six-fold higher than the beginning of 2020, thanks to COVID-19, said Paul Denny, who is Principal of Raine & Horne Toowoon Bay / Killarney Vale.

“Hordes of Sydney buyers every weekend come to open inspections whereas a year ago we were lucky if we attracted six groups to a weekend inspection,” Denny said.

“Now we see up to 50 groups, with many travelling to our region from Sydney’s north and north west.

“As a result, the entire 2261 postcode, including Bateau Bay, Long Jetty, The Entrance, Toowoon Bay, Blue Bay and Tumbi Umbi, is firing on all cylinders, with 942 properties sold between July 1 to December 31, 2020.

“Moreover, Long Jetty and Killarney Vale were among the top growth suburbs on the Central Coast, with values up by 15-16 percent since February last year,” Denny said.

“Sydney buyers realised that, with our region’s excellent NBN rollout, they could live and work on the Central Coast,” he said.

“Better still, they could buy a decent family home close to excellent infrastructure rather than be stuck living in a pokey Sydney apartment.”

“Improved infrastructure, such as the new North Connex and the West Connex, is also central to demand from Sydney first time buyers who are taking advantage of generous stamp duty benefits and home loan deposit schemes,” Denny said.

“This region isn’t only attracting first-timers; there are also upgraders leaving behind a $3M property in Sydney suburbs such as Castle Hill and moving to Bateau Bay, Blue Bay or Toowoon Bay, where they can pay $2M for a lifestyle property with sweeping water views and still have some money in the bank.”

The 2261 postcode’s strength is illustrated by the rapid sale of a neat three-bedroom house at 11 Pendant Pde, Killarney Vale.

Denny said the property attracted 50 groups at the first open house on February 6 and 400 online inquiries.

“The property sold within a week of hitting the market for a price well above expectations,” he said.

“The trouble is that listings are scarce.

“So, listing a Long Jetty or Killarney Vale home between now and Easter will likely produce a decent result for a vendor.

“Killarney Vale, Blue Bay and Toowoon Bay are benefiting from their proximity to popular Long Jetty, Bateau Bay and The Entrance.

“For over a century, The Entrance has been a favourite vacation destination for Sydney residents along with Long Jetty.

“Now, Sydney buyers are discovering Long Jetty’s burgeoning bohemian restaurant café precinct on The Entrance Rd, that has remarkable similarities with inner-city Newtown in the 1980s and 1990s.

“We also have great golf clubs such as Shelly Beach Golf Club, Kooindah Waters Golf Club and Magenta Shores, plus fabulous beaches that are the traditional attractions of this region.

“This unexpected café culture appears to be resonating and is helping to attract Sydney buyers to nearby Killarney Vale, Blue Bay and Toowoon Bay,” Denny said.