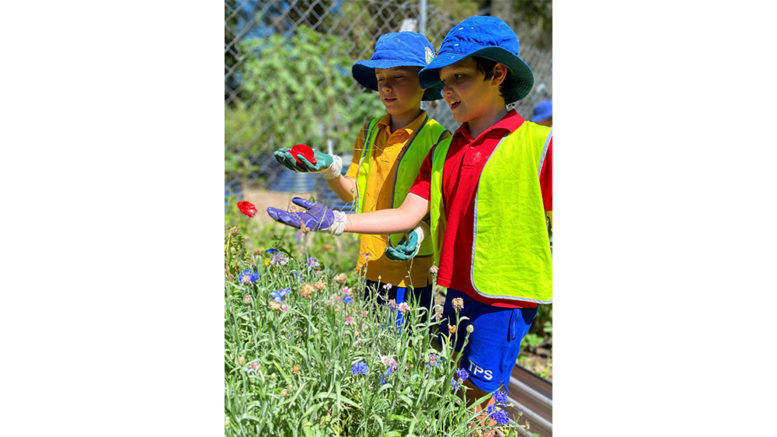 The school was granted the award for the implementation of its waste reduction program.

Principal, Michael Burgess, said they started the program after undertaking a waste audit in 2019 which identified food was their largest waste product.

“We had a look at how we could reduce our waste, or how we could use that food waste in a better way, instead of it going to landfill,” Burgess said.

The school’s waste program includes sending food waste to a commercial composter, collecting 10 cent containers and refunding them to fund other waste projects, taking soft plastics to supermarkets for recycling, and reusing all ‘white’ paper and cardboard.

Burgess said the students are also encouraged to reduce waste through their waste-free Wednesday program.

“We run the Kitchen Garden Program at the school, and we have chickens and a veggie garden, meaning we can compost some waste,” he said.

“It is good as we have been able to get the students involved, and they get really excited about it and are happy to be a part of it.

“A lot of these ideas are coming from students, not as much the teachers.

“The students are becoming more and more aware of their impact on the environment.”