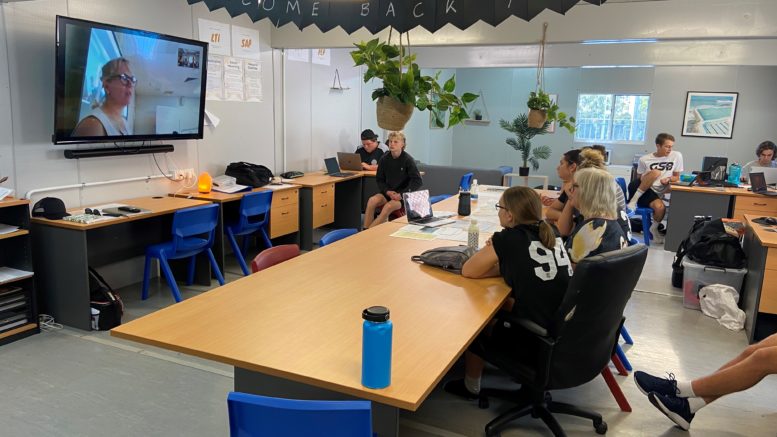 By the end of 2021, eighty per cent of Year 12 students at Central Coast Sports College will be the first on the Central Coast to graduate from the Big Picture Education Program instead of the HSC.

Big Picture Education Australia is an alternate approach to senior education, which puts students at the centre of the decisions around what, how and when they learn.

Starting in Year 9, the program allows them to work towards their chosen careers by learning job-specific skills and undertaking work placements.

Paul Chapman has been the principal at the Central Coast Sports College for nine years and is extremely passionate about this different educational approach.

Out of 40 senior students at the school, only six of them will be graduating through the HSC program.

Chapman said he spent his first few years of being principal looking for innovative pathways to education until he came across the Big Picture Program three years ago.

“There’s probably around 10 other public schools that run the program, but they only generally do it as a subset within the main school,” Chapman said.

“We are the only independent school in NSW that is running this program.

“Fundamentally, it’s about the kids taking responsibility for their learning program.

“It starts (in) Year 9 and goes through to Year 12, where the students design their own learning plan each term, in consultation with the parents and the teacher.

“A big element of the program is a thing called ‘Leaving to Learn’ where they actually place themselves into internships.

“Up to two days a week, students are out in the workforce in a particular area that they might be passionate about.

“As an example, you would have a 15-year-old student who is halfway through Year 9 who may have been told he would make a really good plumber.

“Traditionally, you would do a five-day work experience, but it’s probably not in reality what the workplace is like.

“The whole theory with this internship model is to try and get students in an internship with a mentor within that work environment.

“This is going to really help them understand what the profession is about.”

Chapman said students could complete up to six term-length internships between Years 9 and 11, giving them a better idea of what they would like to do after school.

Classes in the Big Picture Program are generally smaller (around 17-18 students), allowing one-on-one time between teachers and students.

The classroom is set up more like an office space, with every student focusing on something different.

Maths and English subjects and group activities are still included.

The school is constantly changing and adapting the program to ensure it follows the Department of Education guidelines.

Chapman said a pathway to university for students is possible through the program.

“There are 18 universities across Australia that are now taking students through the Big Picture program directly,” he said.

“It can be a little bit more challenging because you’ve got to use a different application process.

At a conference, Chapman said a university professor spoke about how many high school leavers drop out of University in the first six months or change courses because they are unsure of what they want to do.

“Compare that to the small group of kids that have come to the Big Picture program; the professor said what they find is that kids are not dropping out as they are dedicated and connected to the things that they went to university for,” he said.

Chapman sees the Big Picture program as the only way forward for education.

The Big Picture Program will be compulsory for 2022 Year 12 students.