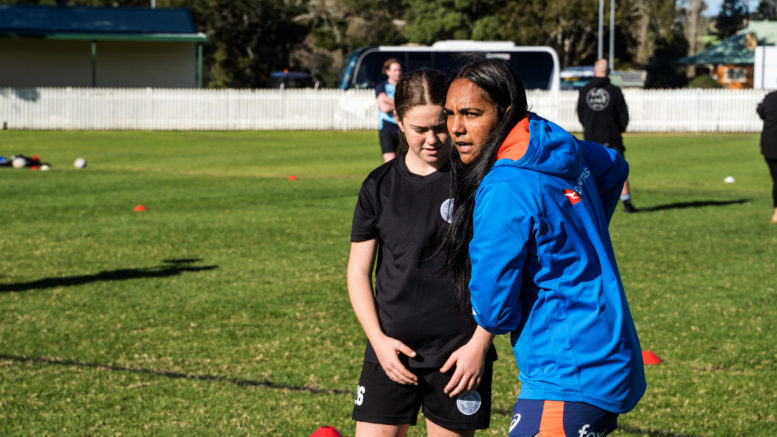 Murphy is an Australian footballer who, in 2015, made her rugby league test debut for Australia before switching to rugby union and representing Australia in 2017.

Head of Rugby, Max Malkin, said she came on board as a Rugby Union Ambassador for the school in 2019.

“We launched the Rugby Union Program in 2020 with her, but because of COVID, she hasn’t been to school again,” Malkin said.

“Now there’s a bit of normality in 2021, this is the first opportunity for her to come along and get involved.”

Malkin said Murphy and Visser were also joined by other female teachers and coaches from across the Central Coast.

“We just want to shine a light on women in sport,” he said.

“It is important for me to inspire these students because women sport doesn’t get enough attention.

“That is slowly rising and getting better, but we still have a responsibility for young girls to understand there is a pathway for them for whatever goal they have in sport.

“We want to show them that if there is an opportunity and you want to go play at the top level, and you’re willing to work for it, you can.

“It is important for them to have those role models who have put the effort in and realised the dream.”