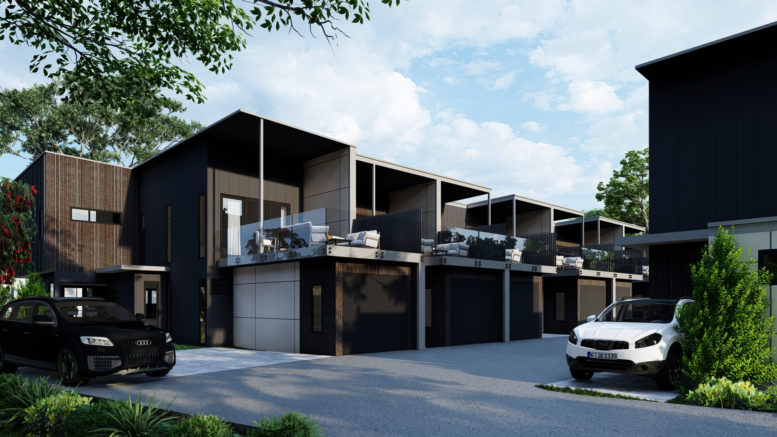 The development would have 18 units

Residents have until March 26 to make submissions on a revised proposal for a housing development on the corner of Farnell Rd and Blackwall Rd, Woy Woy.

The developer has scaled back the original proposal approved in 2018 for an $11M development comprising more than 30 units.

The revised application is for multi-dwelling housing on the site comprising 18 two-storey units to be built in two stages at a cost of $5.5M.

Matthew Wales from Wales & Associates said the developer had decided to revisit the original proposal, which attracted more than a dozen submissions in opposition, following a market analysis.

A Development Report and Statement of Environmental Effects (SEE) by Wales & Associates on behalf of Apex Smarthomes and lodged with the application outlines the developer’s plans.

It involves clearing of the land for the residential development of 170-176 Blackwall Rd and 8 Farnell Rd.

The SEE says the development complies with the definition of a multi-dwelling housing development and meets the objectives of Gosford Local Environmental Plan (LEP) 2014.

The proposed development has a design height of 7.617 metres which complies with the 11 metre maximum limit.

The property has been largely cleared of most of the natural vegetation over the past 50 years.

“Due to the gently sloping nature of the site, erosion and sediment transfer is expected to be minimal and readily controlled.

At March 9, 10 submissions had been received objecting to the proposal, with major objections relating to noise and privacy issues, traffic congestion along the already busy Blackwall Rd, inadequate parking provisions, unsuitability of scale of the development and loss of amenity resulting from 36 rubbish and recycling bins which would need to be accommodated.

Group to fight over-development of Peninsula

The Bays asks for bus trial