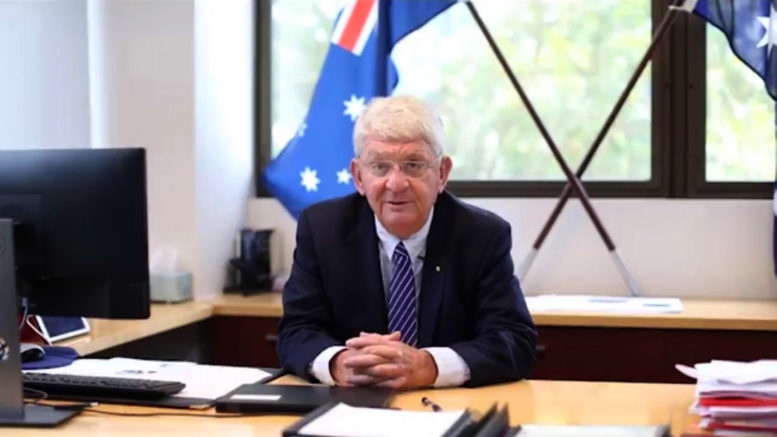 Central Coast Administrator, Dick Persson, has announced that Council has resolved to hold a Constitutional Referendum on the reduction of councillors from 15 to nine.

The referendum will be held in conjunction with the local government elections on September 4, 2021.

In order to settle the proposed question, the Administrator wants to hear from the community and the information collected in a survey will be used to shape the referendum questions.

The survey is now open for community feedback on Council’s website, yourvoiceourcoast.com

If the referendum in September decides to reduce the number of councillors, it would not be until the 2024 council elections until the change is implemented.

In a video message to the community on his Facebook page, Persson said that the current number of councillors should be reduced to nine for better governance and collaboration for the benefit of all residents.

“As you know, I’ve been looking into what went wrong here with Council’s financial collapse, who’s fault, what we can do about it and how we can get out of it,” he said.

“I think part of the problem is that a 15-person Council is just too big.

“Council is a big enterprise, you don’t see private sector companies, even the largest ones, with 15-member Boards, it’s typically seven or nine.

“I think nine is a good size for a council like this.

“The people should have the chance to make that decision, so a referendum will be your opportunity to have that say and that will occur at the next election in September.”

Persson said he thought the community was looking for change, and it was his expectation that most people would agree with a reduction in councillors from 15 to nine.

He said if that was what the community wanted, then a subsequent decision would be whether to have an undivided council or a ward system.

In an undivided council, the whole nine councillors would represent the whole region.

“Ward systems require the same number of councillors in each ward, so if we went for nine councillors, then we’d need three wards, as opposed to the current five wards,” Persson said.

“There are arguments for and against and the information we will be providing will help you identify the pros and cons of the different options and when I’ve heard from the community I’ll make my decision and go forward with a referendum.