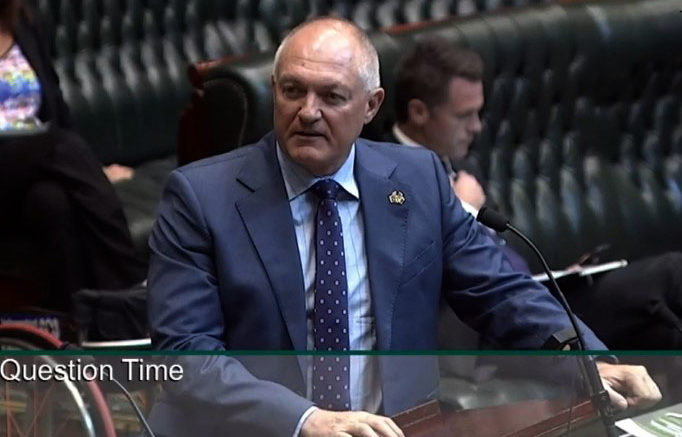 Labor MPs across the Central Coast have denounced the NSW Liberal Government after its Members in State Parliament on Wednesday, March 17, refused to debate a petition signed by 20,000 residents to allow a judicial inquiry into Central Coast Council’s financial collapse.

They say debate for the petition is currently slated for May 6, well after the Council’s Administrator, Dick Persson, will deliver his report to the Minister for Local Government, Shelley Hancock.

This will mean that the option of a public inquiry and the petition won’t be considered formally by Parliament before the State Government makes its decision about Council’s future.

The Government refused each attempt.

“Confusion ensued for a short period when my Motion was not responded to, leaving the Speaker scrambling to fix the error after the fact,” Harris said.

Catley said in Parliament that “Adam Crouch has abandoned his community and failed to stand up to the Liberal State Government to insist that these issues get debated”.

“He is the Government’s Whip; he could push for extra time for Parliament to consider these issues but he has run away with his tail between his legs,” Catley said.

Wyong MP David Harris said if the government was so sure what caused the financial issues at Central Coast Council why wouldn’t they debate the matter.

“The community expects transparency and the truth,” he said.

The Entrance MP David Mehan said he wondered what the NSW Government had to hide.

“Obviously, enough to delay the debate,” he said.

“The future financial impact of this situation on the community is not a laughing matter, the Premier and Treasurer should be ashamed of themselves,” Mehan said.

Tesch said over 20,000 signatures being absolutely ignored by the Berejiklian Government was a disgrace.

“We know our community want to move forward and be able to trust our Council and we will fight to make sure that Coasties are heard,” she said.

In a statement on March 22, Parliamentary Secretary for Central Coast, Adam Crouch, said he looked forward to speaking about the petition when it came to Parliament.

“What we are witnessing is the biggest financial catastrophe of any council in Australian history,” he said.

“At every opportunity, a group of councillors voted to conceal the Council’s appalling financial situation from the community and from the NSW Government.

“I have been calling out the poor decision making and bad behaviour of councillors for years, both in our local media, and on the floor of Parliament.

“Labor MPs have been silent on this topic for the past three years.

“I have spent a significant amount of time listening to Central Coast residents and the feedback I have received is very clear.

“It’s also clear that further investigations are required into the Council’s financial situation and that’s what I’m advocating for,” Crouch said.