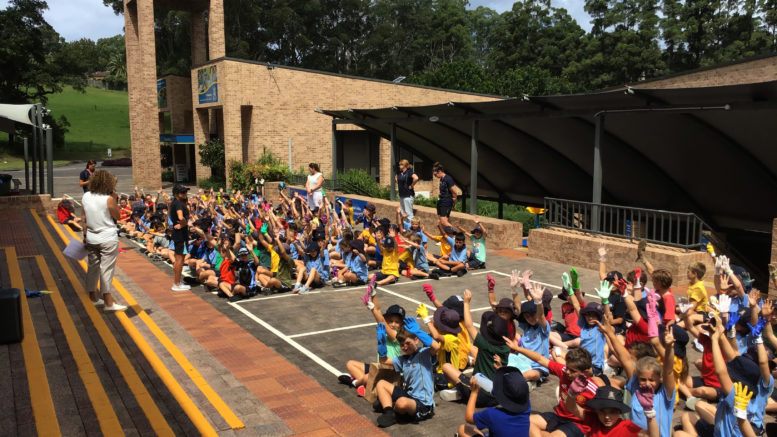 On March 5, schools across the Central Coast did their share in cleaning up their school, part of Clean Up Australia Day.

Our Lady Star of the Sea, Terrigal, was one of many schools that signed up for the Clean Up Australia school program.

Program Coordinator and Teacher, Kim Shanley, said the Year three group encouraged the other school classes to get involved.

“Year 3 registered with the Clean Up Australia Program, and we were very excited when the bags and gloves arrived, which would assist with the campaign,” Shanley said.

“Year 3 had encouraged the school with a campaign of persuasion and advertisements during the week.

“Posters were displayed, letters were written for the school students giving reasons why we should be cleaning our environment.

“They even suggested solutions such as bringing in “nude food” instead of packaged foods and looking out for the many bins in the school.”

Shanley said each class was given a designated area to clean, with rubbish being taken to the top courtyard to be disposed into the Council bins.

“Many children turned up with their gloves to participate and enjoyed listening to a song by Jack Johnston ‘Reduce, Reuse, Recycle’ while they cleaned up.”

Our Lady Star of the Sea Principal, John Barton, said the school strives to take part in many community campaigns.

“The school puts a great emphasis on community projects, and this campaign … was one of many projects the school undertakes to heighten the students’ awareness of both community and worldwide issues.”

Lots of places to go for Clean Up Australia Day

Clean Up Australia Day coming up