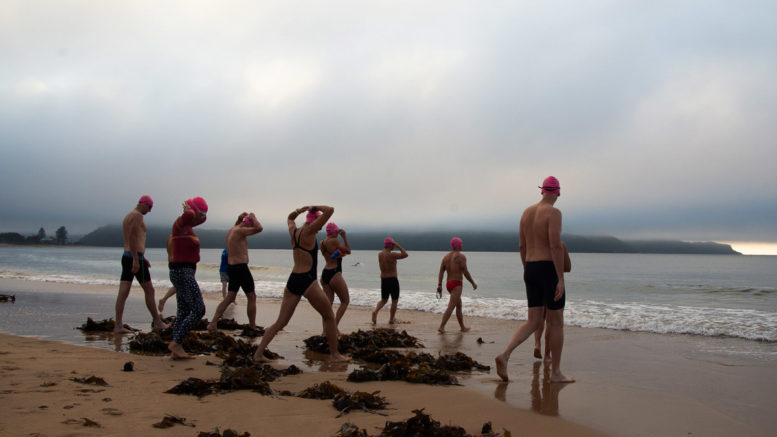 The swim began and finished from Umina Beach and, fortunately for the swimmers, happened prior to the Coast’s more recent wild weather.

The event was originally scheduled for March 6 but was postponed due to a high swell and strong wind conditions.

Event organiser and swimmer, Chris Young, said the event ran smoothly due to ‘fantastic’ weather conditions and support structures that had been put in place.

“We had a fantastic turnout for the kick-off with everyone’s family and friends coming down to the start at Umina, and then welcoming us back at the end,” Young said.

“All swimmers had finished by the four-hour mark and all completed the course safely.

“We had a fantastic time; the conditions were fantastic, and it was a very enjoyable event to be a part of.”

The event included assistance from three support boats, 10 kayakers, and a jet ski in case any swimmers were found to be struggling with the distance.

Local sponsors, Kayak Central Coast, Coengineer and Real Dimensions provided organisers with swim caps, shirts and support equipment, before getting into the kayak themselves.