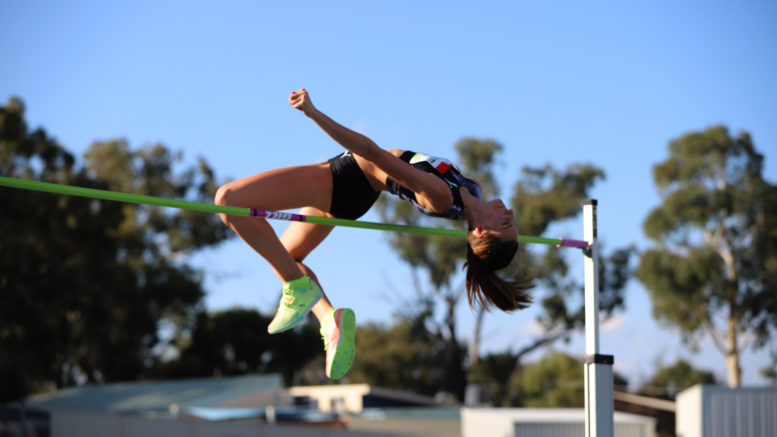 Tascott based high jumper, Nicola McDermott, has reached the Olympic qualifying mark at the Coles Summer Super Series in Canberra on February 25.

In her first performance for Sydney University this season, McDermott entered the competition at 1.82m and maintained a clean sheet through heights of 1.86m, 1.90m, 1.93m and finally, at 1.96m, this being her fourth Olympic qualifier.

After this achievement, McDermott pushed herself by raising the bar to 2m, which narrowly defeated her in this showdown.

“I set the bar at 96 because I know I can do it,” McDermott explained.

“Then I went straight to 2 because I needed that intensity.

“If I attempted 97 or 98 I would have been so happy with that, I would have stopped, but I know I’m capable of more so I pushed myself today.”

“My body wasn’t quite up to speed over the bar, but I had the clearance there.

“I think in the second attempt my body was just trying to navigate my way around it.

“I don’t think my body was ready to actually clear it.

“By the third attempt even as the technique wasn’t there, I was ready to clear it in my head and the greatest mental battle I’ve had to face, ‘you can do it’.

“My third attempt wasn’t quite there as I was getting way too excited.

“Just excited to be in the mindset I can do this rather than overwhelmed about how high this is.

“I had a bad jump a few weeks ago and we were a bit worried about my achilles and if it would come through.

“I got the ‘all clear’ on Thursday last week to say you might be allowed to jump.

“So to jump today. pain free. was a miracle in in itself.

“The mental battle I have had to overcome, every time I looked at a high jump bar I felt like a potential injury, so to overcome that today was a victory.

“The battle in your head, that you now know, ‘I’m going to be okay’.