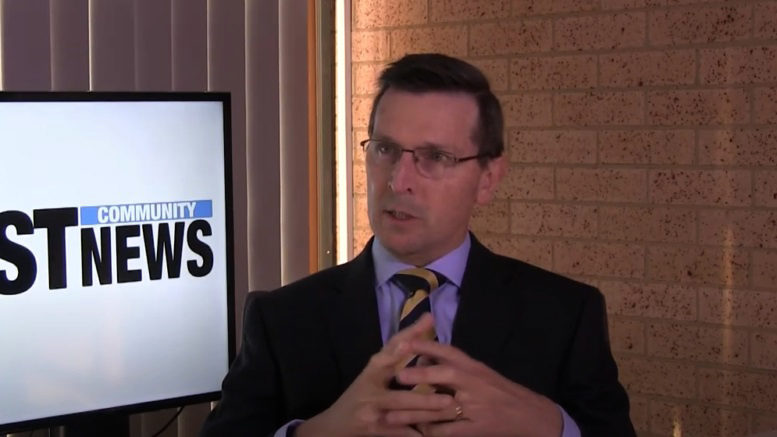 Documents that sacked CEO Gary Murphy requested months ago in a bid to prove his innocence have been released by Central Coast Council Administrator Dick Persson.

Persson announced at the Council meeting on March 9 that he was releasing the documents in the interests of transparency.

Murphy said Persson refused his request in December last year to give him copies of the documents.

In January, Murphy submitted a Government Information Public Access (GIPA) request and was told he would hear back by March 12.

The documents were published on Council’s website this week – three days before the GIPA deadline.

Murphy still has not received a personal copy.

Persson said in his 30-Day Interim Report released on December 3 that “interrogation of Council’s emails and notes show clearly both the CFO and CEO were aware that restricted reserves were being used for both purposes prohibited by the Act and for purposes not approved by the Council”,

Murphy disagrees but he has had no access to any of his notes, files or emails from November 2, the day Persson told him it was not appropriate for him to remain at work.

On that day, he was cut off from the Council computer system.

His phone also was taken so he had no access to phone numbers.

He was suspended on pay and then he was sacked on November 27.

He has had to rely on his memory while trying to defend himself from allegations made in the 30-day interim report that he was aware of the unlawful use of funds.

In announcing the release of the documents, Persson said they showed it was not true that Murphy blew the whistle as soon as possible.

But Murphy maintains he did report the issue as soon as the details were known, and he believes the different issues going on at the time are being confused.

Murphy said the five documents now released show nothing sinister, nothing unusual and nothing special.

“They do not show ‘irrefutable evidence’ of any wrongdoing,” he said.

A meeting file note from November 2019 was from a regular fortnightly meeting with the CFO and it referred to the financial strategy that Murphy had directed the CFO to work on.

Murphy said a 2020 Auditor General report into Council’s developer contributions made the point that these restricted funds should be used.

He said it was one of the strategies suggested in the Grant Thornton study into Council’s finances in April 2020 to make sure council was working on capital works that had developer contributions rather than other capital works that money from general funds would pay for.

Murphy said the next three documents, which were emails between him and the CFO, don’t provide any evidence that either of them had prior knowledge of the unlawful use of restricted funds.

He said Grant Thornton had been engaged from April through to August.

They raised the possibility of restricted funds being used but it wasn’t until DMB was engaged that the details and extent were found.

Murphy said reporting to the Office of Local Government and others was done as soon as the Council became aware of the details.

One of the emails mentions the “current financial position” and what areas needed to be improved.

Other emails relate to scenario planning because of COVID-19.

Persson said in his report that a $50M loan taken out in May 2020 showed that Council was aware it had run out of unrestricted cash.

Murphy said no; the $50M was about borrowing money to retire relatively expensive borrowings obtained by the former Wyong Shire and Gosford City Councils; as well as increasing capital expenditure to provide greater community infrastructure; and covering for the potential risk of reduced cash receipts from ratepayers impacted by an impending recession prompted by the COVID19 pandemic.

The fifth document, which highlighted a question from a councillor about funds, was being misinterpreted, Murphy said.

It was a question about whether funds to be spent on small business support during the pandemic would be restricted or, in other words, limited.

It wasn’t about restricted funds.

“The question was asking if the Council was going to have an open cheque book or unlimited funds for this program,” Murphy said.

The Local Government Minister suspended the Council in late October 2020 after Murphy announced in early October that the Council had immediate and serious liquidity problems.

Persson was installed as Administrator.

Murphy said he was also disappointed with the summary of the forensic audit report which was tabled at the March 9 meeting.

“I instigated the forensic audit, but I did not get the chance to sign off on the scope,” he said.

The audit was designed to find out who knew what and when, he said.

The Council had also intended to have made it public.

“There are still a lot of unanswered questions to my mind,” Murphy said.

Acting CEO, Rik Hart, said at the meeting that it was “important to note that this report, its criteria and scope, was organised by the previous Council”.

The documents are available on the council website: https://www.centralcoast.nsw.gov.au/council/news/councils-financial-situation