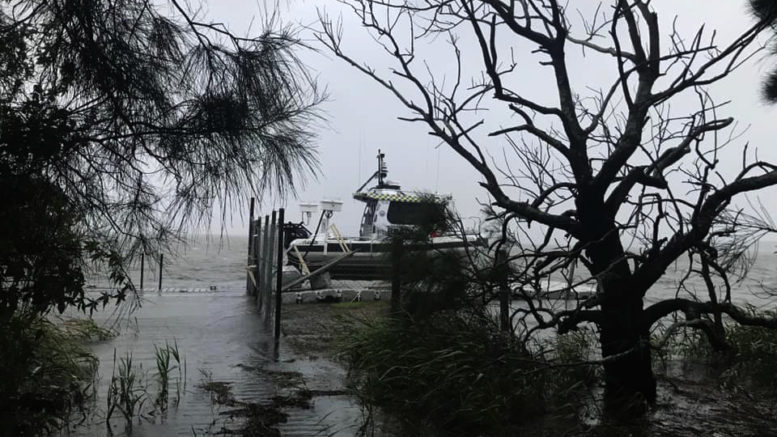 One of Marine Rescue Tuggerah Lake’s vessels was deployed to the Manning River, Taree, during the recent NSW flood emergency.

Deputy Unit Commander of Marine Rescue Tuggerah Lakes, Bob Sutton, said that they were operating in a multi-agency task force with several Marine Rescue vessels and SES crews who were rescuing stranded people and various flood relief operations from March 20 to 24.

“They were having difficulty making their way to the Manning River due to the highway being cut, so they were re-routed to Forster where they were billeted by members of Marine Rescue Forster who gave them a warm bed for the night,” he said.

“While TL21 was attending the flood emergency, Marine Rescue Tuggerah Lakes remained operational throughout the emergency here on the Coast, even though both bases were impacted themselves by flood waters.

“The main buildings at Toukley base were not impacted, however, a significant amount of water flooded the three sheds at the base and then, once the water receded, members had to start the clean-up.”

Sutton said that on the first weekend of the flood emergency (March 20 and 21), Tuggerah Lakes TL20 vessel was kept busy, including a call-out to assist two windsurfers who found themselves in difficulty.

“Once on the scene, the windsurfers declined assistance even though conditions were atrocious,” Sutton said.

“The vessel, which was at risk of sinking, was safely re-moored by the TL20 crew.

“This assist was carried out in very trying conditions, so thanks go out to TL20’s crew which eventually safely returned to base to await the next call out,” Sutton said.