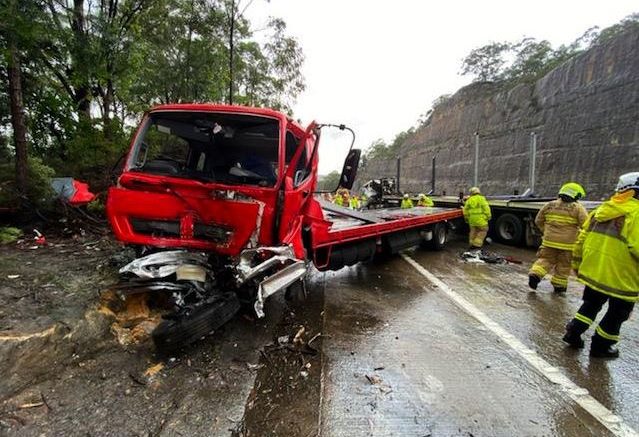 A serious crash on the M1 held up traffic for some time on March 22.

The accident involved two trucks which had collided at in the northbound lanes 200m north of Mooney Mooney Creek bridge at Calga in the early afternoon.

Fire and Rescue NSW (FRNSW) was on hand with firefighters working alongside NSW Ambulance paramedics to extricated one of the trapped drivers, who was then transported to hospital for treatment.

Northbound lanes were blocked for some time.