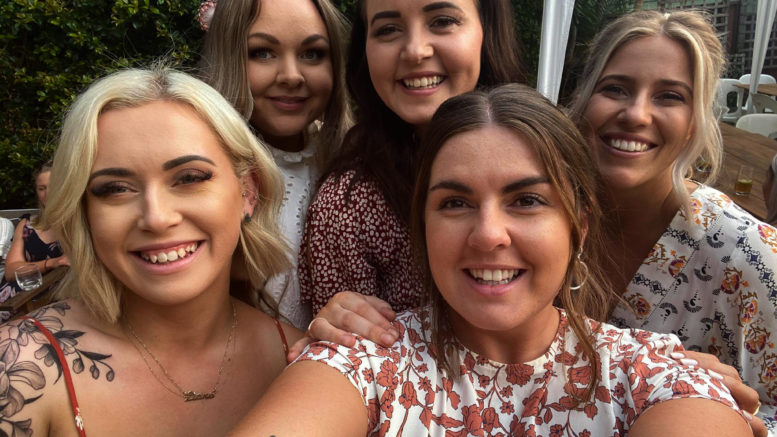 Six women from the northern suburbs have thrown their support behind a major fundraiser for Ronald McDonald House Charities (RMHC).

The inaugural national Dance for Sick Kids fundraiser, a week-long dance challenge to take place from May 15 to 21, is to raise money for accommodation for seriously ill and injured children and their families across the country.

Among the first to sign up were the local women, led by Rachel Jamieson of The Entrance.

The six took part in a state trial of the initiative last year, under the moniker, The Spice Girls.

“We are from all parts of the Coast, from Woongarrah to Budgewoi and Hamlyn Terrace and we had a lot of fun last year,” Jamieson said.

“We tried to get together every day and dance as a group, and we also got our siblings, partners and family members involved.

“We took videos of the dances and got our family and friends to sponsor us.

“We will definitely take part this year and have already started sending routines to each other.

“None of us but one are dancers, we’re complete amateurs, but we found that during COVID, the video dances were a good way to break up the routine.”

The cause is close to Jamieson’s heart.

“I’m part of the team which created the initiative but have also had personal experience, with my niece having been supported by Ronald McDonald House,” she said.

“As soon as my friends heard about it, they were keen to jump on board and support me.”

The inaugural national event will feature virtual workshops with choreographer, Marko Panzic, and, Jarryd Byrne, from the 2020 season of Dancing with the Stars.

Panzic said he became an ambassador for Dance for Sick Kids after visiting the Ronald McDonald House at Randwick, where he cooked for the families with Ricki Lee Coulter.

“Just from spending time in the House, I knew that it was something that I wanted to be a part of,” he said.

“Every single person should get involved in Dance for Sick Kids.

“Dance is fun, we all do it on a Saturday night, we do it with our friends, so why not do it for a great cause and raise some incredible money for people who need it”?

Ronald McDonald House Charities relies on the support of communities to continue its crucial work.

CEO, Barbara Ryan, said the past year has been especially tough for the families of seriously ill or injured children.

“As a charity, we are constantly adapting the way we operate to continue to support these families,” she said.

“Whether it’s grooving at home on your own or in the office as a group, we need Aussies to put their dancing shoes on and get involved in this meaningful cause.”