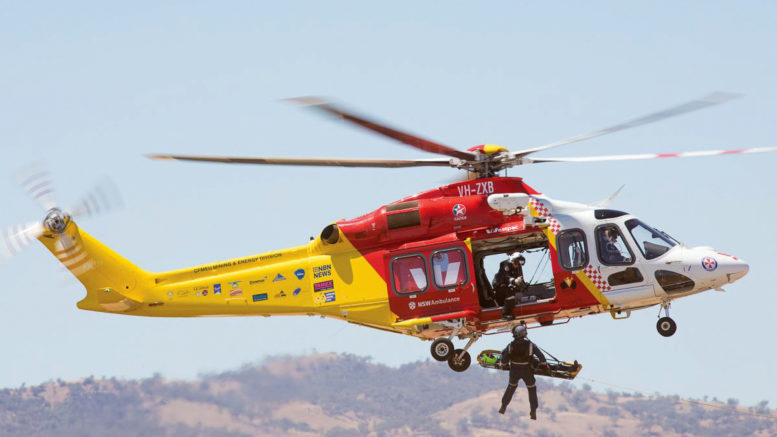 The 37-year-old male crew member was conducting lifeboat drills when he was injured.

The Helicopter Critical Care Medical Team was winched on to the ship to treat and stabilise the man before being winched back into the helicopter from the ship’s hatch cover and flown to John Hunter Hospital where he was treated for compound fractures in his leg.