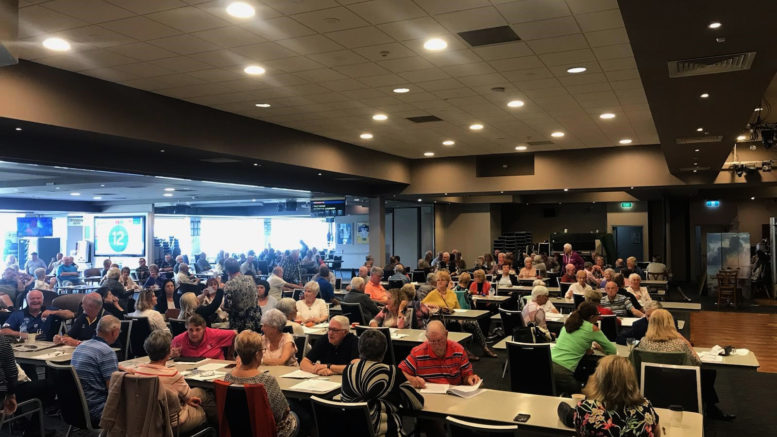 Members voted in November for amalgamation

Halekulani Bowling Club is the second club in a week to amalgamate with the Mounties Group, following in the footsteps of Club Wyong, and Mounties CEO, Dale Hunt, has hinted that there could be more clubs on the Central Coast to join the Group.

Affectionately known as the Hali to locals, the Budgewoi club did not have financial pressures and elected to amalgamate with Mounties, the premier club group in NSW, based largely on future potential to tap into a greater pool of resources and call on group buying power to achieve some big goals in the years ahead.

Secretary Manager of Halekulani Bowling Club, David English, said he was thrilled by the prospect of a very exciting future and has thoroughly enjoyed what has been a seamless amalgamation process to date.

“Mounties Group has been so incredibly professional and easy to work with throughout this entire process,” he said.

“They have taken us under their wing from the very start and everything has been smooth and stress-free.

“The financial stability, team and resources that comes from this amalgamation can help us to grow from where we currently are, an already successful club, to a club that will benefit our entire community for many generations to come.

“You only have to look at how much Mounties Group contributes to the local community every year through ClubGRANTS, donations, sub-club sponsorship and other donations, to know that their presence on the Coast is going to impact all of our lives for the better.

“I am very proud that the Hali can be a pioneer club for Mounties Group on the Central Coast and I can’t wait to see the changes in the next few months, and also the years ahead,” English said.

The Mounties Group, whose current footprint encompasses venues in Sydney’s west, the Northern Beaches and most recently Wyong, promises to maintain the existing culture and experience that the Halekulani Bowling Club is known for, while making its presence known behind the scenes.

“I’m looking forward to spending more time on the Central Coast and I am pleased to welcome a second venue to the family less than a week after the first,” said Mounties CEO, Dale Hunt.

“To secure two fantastic venues within a week of each other and solidify our Central Coast expansion is certainly a very proud moment for all of us,” he said.

“We have earmarked the Central Coast as a market we wanted to enter quite some time ago, and I am looking forward to spending more time up there working with the teams at both venues.

“We are beginning to map out our short, medium and long-term goals and projects for both the Wyong and Budgewoi clubs and anticipate being able to make some immediate changes that will be of great benefit to our members.

“The whole thing is very exciting and we are confident that the ultimate success of these venues will lead to further opportunities for Mounties Group on the Central Coast and across wider NSW,” Hunt said.

Councillors should roll up their sleeves and make it work

Wyong RSL Club is likely to merge with the Mounties Group