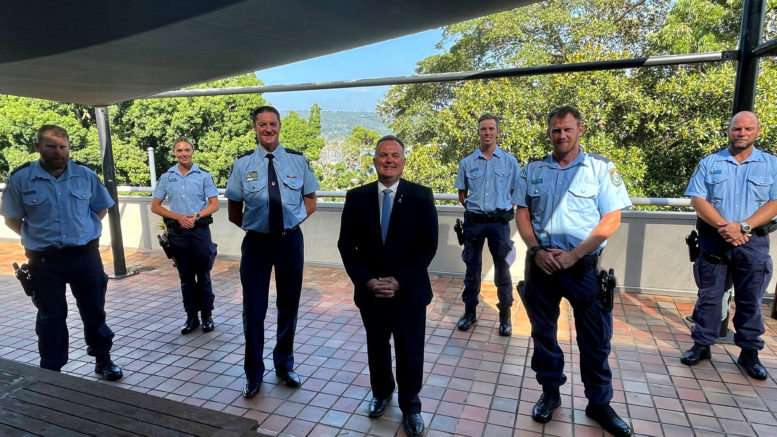 Another six have joined the Tuggerah Lakes Police District.

Class 345 of the NSW Police Force includes 139 men and 55 women with some recruits entering the Police Academy straight from school or university, while others left established professional careers and trades, including teachers, ambulance officers and even a jockey.

“Following eight months of foundational training, 11 Probationary Constables will report to local police stations this morning for the first time in their policing careers,” Crouch said on March 1.

“Every day our men and women in blue put their own safety on the line to protect others, and I commend these new Probationary Constables for choosing a career of service.

“I want to thank each of our 11 new officers for joining the NSW Police Force and I wish them all a safe and successful career.”

“Over the course of last year, we have seen first-hand the crucial role our police officers play in protecting the community and we owe them a debt of gratitude for their efforts,” Elliott said.

“These officers will join a NSW Police Force that has been strengthened by investment from the NSW Government, including the delivery of 1,500 additional officers over four years and the commitment to a $60M upgrade to Goulburn Police Academy.”

Inaugural raising of the Aboriginal flag

40 years on the beat