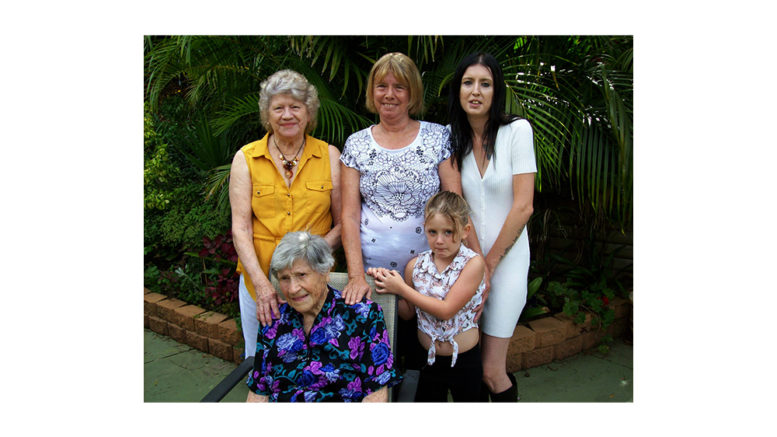 According to the World Bank, the average life expectancy for an Australian is just shy of 83 years old, something that Hamlyn Terrace resident Gladys (Glad) Packer surpassed years ago.

In February, the great-great grandmother became a centenarian, which was celebrated by four succeeding generations of her family.

Glad is a first generation Australian whose parents emigrated from England, and she grew up in the Sydney suburb of Earlwood.

She stayed in Sydney until 1980 when she and her three children moved to the Blue Mountains where they renovated and sold houses.

In 1985, the family relocated to Warnervale, where the family still resides.

Glad is the matriarch of five generations of women still living, which is a rare occurrence.

“Mum is still mobile, she’s on a walker now but she loves going for drives and lunches out,” Elizabeth said.

“Mum comes from a long line of women who have lived long lives, with her own mother living into her 90s.

“We don’t catch up very often due to a busy lifestyle, but when we do, we all enjoy each other’s company.

“It’s funny, when you grow up in such a generationally diverse family, you don’t really notice that it’s something out of the ordinary until someone points it out to you,” Elizabeth said.