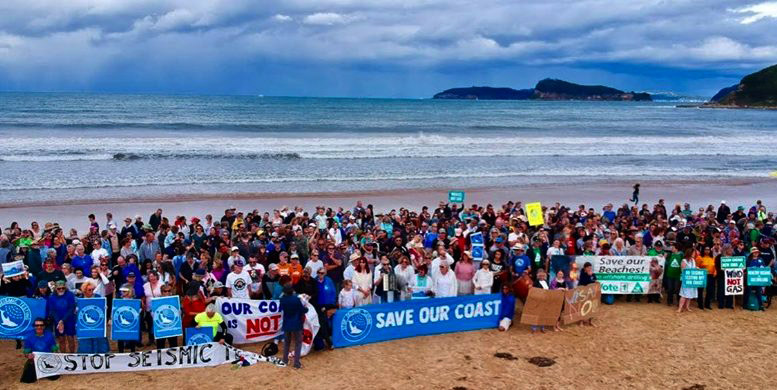 Member for Gosford, Liesl Tesch, says the Federal Government has “let down” the people of the Peninsula, with no decision yet having been made on the renewal of the PEP11 permit for offshore gas and oil drilling.

Advent Energy’s PEP 11 renewal application for the permit, which expired on February 12, would allow oil and gas exploration drilling off the NSW coast from the Sydney basin to Port Stephens, with the Central Coast a likely site and fears any drilling would impact the marine life and amenity of Peninsula beaches.

Pressure is mounting on Federal Resources minister Keith Pitt to make a final decision after Prime Minister Scott Morrison announcing his opposition to renewing the licence on March 4.

With a recommendation from Deputy Premier John Barilaro that the licence not be renewed and staunch opposition to extension from the NSW Government, Federal Labor Party and many Coalition MPs, residents and community groups are agitating for a speedy decision.

“Minister Pitt’s failure to reject the project when the license expired on February 12 is just another disappointment to add to the list,” Tesch said.

“Our waterways and marine life are the very heart of the Peninsula and the entire Central Coast and crucial to our economy.

“Our natural assets and our unique environment must not be threatened by PEP11.”

Federal Opposition Leader, Anthony Albanese said the Prime Minister’s “backdown” on March 4 is in stark contrast to recent comments from Pitt that “any rig is unlikely to be visible from the coast”.

“Labor’s position on this proposal has been crystal clear,” Albanese said.

“Labor has been consulting with Save Our Coast, Surfrider Foundation, other advocacy groups and the broader community.

“We support new energy and resources projects where they make sense, but this was always a dumb idea.”

Save Our Coast has been opposing PEP11 for over three years.

The organisation held a mass rally opposing the permit at Umina Beach in 2019, attracting 1,800 residents, and has collected 78,000 signatures on petitions calling for its cancellation.

Founder, Dr Natasha Deen, said the group hoped the Prime Minister would ensure Pitt “heeds the clear wishes of the community” and denies extension of the licence.

5 Comments on "Deafening silence from Resources Minister on PEP11"