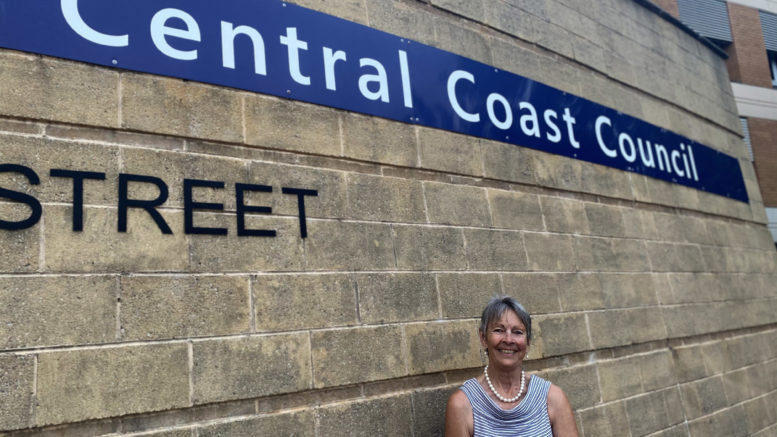 Central Coast Greens say that they are in favour of abolishing the ward system in Central Coast Council, but their Budgewoi Ward candidate in September’s Council election, Sue Wynn, says that cutting the number of councillors won’t stop political game playing.

This follows the decision by Central Coast Council Administrator, Dick Persson, to push ahead with a referendum at September’s Council election to cut the number of councillors from 15 to nine and whether to retain the ward system or not.

Council held a recent survey, with information and feedback collected from the community to be used to shape the proposed question for the referendum.

The Greens say that the Administrator’s refusal to extend the options for the referendum questions confirmed his limited range vision for a reconfigured Council.

“The referendum survey did not represent consultation in good faith and we believe that the limited range and design of the survey options pre-determines the possible outcomes by pushing residents to the desired result of reducing the number of community representatives,” Wynn said.

“The exclusion of an option for 15 councillors with no wards was a glaring omission, given the 2016 Boundary Commission’s considered recommendations.

“It will give each part time councillor far too much work and make it more likely that they will miss issues that the staff are not reporting.

“A reduction in councillors means that the future Council will be characterised by the voting blocs of the major Parties with the same old adversarial politics returning to the Council chamber.

“The Administrator’s preferred model of nine councillors in three wards makes it harder for genuine community and minor Party candidates to be elected.

“It is fair to say that the Administrator has now chosen to extend his remit from fixing the financial and administrative problems of this Council to meddling in our local democracy.

“He has crossed over into the realm of politics,” Wynn said.

“We know that the Local Government Act equips an Administrator with extensive powers.

“The community would be better served by the Administrator exercising restraint by focussing on solving the immediate and substantial problems that the Council faces.

“It comes across as a misuse of his powers when the Administrator seeks to enshrine his views on the structure of our future Council without any evidence to support his favoured position.

“The community has not asked for a pre-engineered referendum or a gerrymander.

“The Administrator’s claims that only one referendum option is possible and that adding other options are too costly, are both incorrect.

“It is possible to run multiple referendum questions at the same time at a minimal cost.

“Getting the referendum design wrong now means that a future Council might have to put the same issue up for decision again,” Wynn said.

The Central Coast Greens favour abolishing the ward system to allow residents to elect representatives for the entire area and encourage councillors to co-operate across the wide range of issues in our region.

“We see this as the best way to circumvent the tendency, as noted by the Administrator, for representatives to divide into two hostile groups along Party lines.

“The Greens have always been strong advocates for genuine local democracy, where residents have a real say in the affairs and outcomes that affect them in their neighbourhoods and we continue to agree with the original 2016 Boundary Commission Inquiry Report, which noted that the previous Gosford and Wyong Council had a greater ratio of councillors to residents.”

The report predicted that the merged Central Coast Council with 15 councillors would bring this ratio to 1:22,067.

It also recommended electing councillors from an undivided (no wards) area.