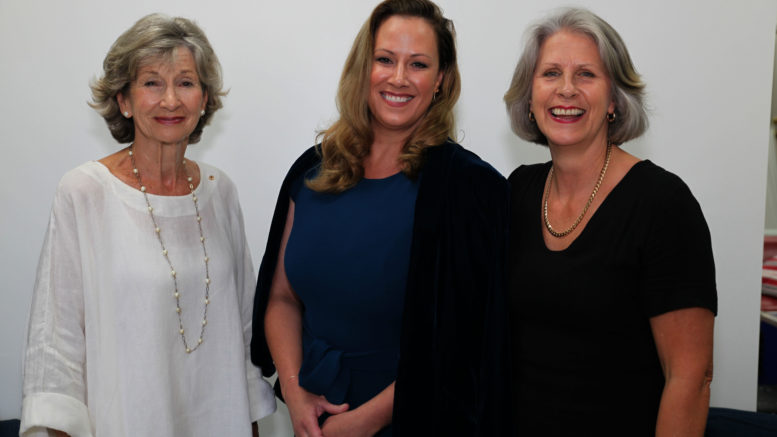 Coast Opera Australia (COA) has welcomed a new CEO to the team in preparation for some enticing operatic events lined up for the year.

“I feel relieved, encouraged, excited and thrilled, as Monique and I discussed; I’m an artist firstly, not an administrator,” Brewer said.

“So, I want someone in this role who has the experience and who knows what they are doing.

“This will ensure that the artistic events will reach a national level and will be as professional as always.”

Brewer also welcomed a new board member, David Abrahams, to the team.

The head of Digital Services at Coast Community News, Abrahams has extensive knowledge and experience on the Coast.

She said that bringing enthusiastic and dedicated people onto the board benefited the company and the community as well.

“I look around, and I feel extremely humbled,” Brewer said.

“They are people who understand that world, have experience in that world, and are very generous to be able to give back and see the value in an artistic company that is just starting up.”

CEO, Monique Cardon, said she’d been a Coastie for over 30 years and had watched as the community’s artistic and cultural sectors grew.

“I’m really thrilled to be on board; I’ve been associated with the company for the last couple of years, and struck up a great friendship with Angela, so it feels like a very natural way to help and work with the organisation,” Cardon said.

“We are seeing this culture come to the Coast with beautiful music and performing arts, but a professional opera company is something else— it’s a step above.

“What we want to do is make sure that it’s accessible to every person, not just an elite few and not just those who can afford it.”

Cardon said she was excited to showcase local artists and operatic talent to the community with a season full of events across the year.

“I can see that Coast Opera Australia is going to really have a footprint in this community as we roll out a calendar of events, where people will get to know us and what opera is,” Cardon said.

“Once we do little tasters for people, they will understand that its accessible, affordable and an absolutely beautiful art form.”

The event, which would see opera singers performing and floating on top of the water, was unfortunately postponed due to the uncertainty of COVID-19.

Brewer said she was delighted to announce that the much-anticipated event would be going ahead later in the year.

“It had to be pushed back for obvious reasons with the COVID-19 shutdown over Christmas time, and a large majority of our audience is not just from the Central Coast, but also from Sydney (and) were unable to come,” she said.

“So, therefore, it had to be delayed, and it was the right thing to do for the artists, the businesses, and for the company so that we could literally stay afloat.”

Brewer said the events planned for the rest of the season would be on a smaller scale and would all be COVID safe.

“For our audience members and our artists, we will be hosting events that are structured (to be) smaller and more intimate,” she said.

“And of course, after the success of last year’s ANZAC Day performance, we are hoping to repeat and build on this important commemorative event.”

To help fund these upcoming events and projects planned for the Coast, COA is looking into government grants and other ways of raising money.

Cardon said they needed to cover costs for the artists, lighting, sound, and other technical elements that came with running an opera company.

“We are not affluent at all; we are an organisation that has survived COVID-19 like all performing art companies across Australia,” Cardon said.

“We haven’t been able to have live events, so there has been no money coming in—for the organisation to grow and prosper in the future, we will be looking for donations, sponsorships, partnerships, and other fundraising means.”

COA is now an organisation with DGR (Deductible Gift Recipient) status which means it can accept and receive public monies and private donations.

Chair, Virginia Henderson, said starting an artistic company during COVID-19 was an act of utter faith but was pushed along by the board members’ dedication and community support.

“My personal experience has been over the last 30 years in building companies from the ground up, and I think it’s been about the ability to match and understand what might motivate people to be involved in this company, but further and most particularly to hold the vision,” Henderson said.

“I think what we have done is put a team of people together who have come from professional backgrounds, and therefore any supporter can be ensured that their money is in safe hands.

“The thing that I have found the most satisfying is working with some incredibly talented individuals—seeing the potential for something to really get behind, and someone (Angela) who I think has profound courage and strength of vision.

“It’s time to begin looking ahead and seeing this little embryonic thing turn into a butterfly very soon.”