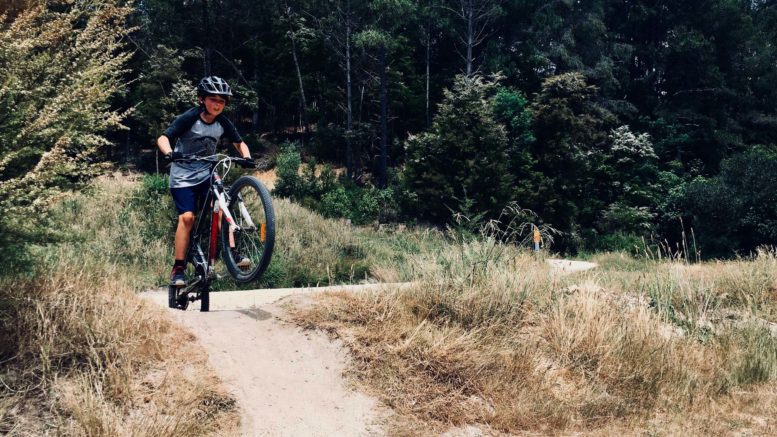 For many years I have walked in our precious Coastal Open Space System, (COSS) which includes many of the ride-lines around the Gosford area.

Due to COVID-19, I took walks to places I hadn’t often visited.

Having time, and taking the time, I have been able to have a closer and deeper look at the natural beauty we have in our COSS.

Disappointingly, Central Coast Council and the former Gosford Council have not been taking their custodian and environmental responsibility seriously by enforcing the COSS Strategy or the Kincumba Plan Of Management.

The Plan clearly states that any illegal mountain bike trails are to be closed and rehabilitated.

Due to this lack of Council action and continued recalcitrant behaviour of mountain bike riders who refuse to follow the guide of the signs (and even removal of signs) as well as continued creation of illegal trails through Endangered Ecological Communities (EEC) in areas where there are threatened species we have continuing environmental vandalism.

Off approved trails, riders are so confident when they ride they expect walkers to move to the side so they can ‘power through’ to enable themselves to keep or improve their lap record.

They do this in areas which are often over ancient Aboriginal engravings and areas of Aboriginal Cultural Landscape.

Ignorance is no excuse for this environmental vandalism and just because an area doesn’t look to them like it is endangered or an Aboriginal site, doesn’t mean it isn’t.

Some attempt to claim that these riders are ‘just kids’, they are not!

They are adult men, and some women, who know they are doing the wrong thing and refuse to consider others or the precious natural environment.

They should be ashamed of their illegal behaviour and remorseful for the damage which has occurred.

Our COSS has so much to offer as a unique passive recreational area for which it was intended.

COSS includes a place for our endemic flora and fauna, as well as a magnificent drawcard for tourism.

These long-term and natural benefits shouldn’t be cast aside for an extreme sport which could easily be located in other areas.

While there is a Mountain Bike Strategy out for consultation at the moment, and the suggestion that riders can maintain their own trails, the current behaviour of many clearly shows that they can’t self-police nor have a genuine care or concern for our natural areas.

Finally before any more money is spent on this extreme sport, the current damage to our natural bushland needs to be remediated and the focus needs to be on the jewel in the crown that we already have.