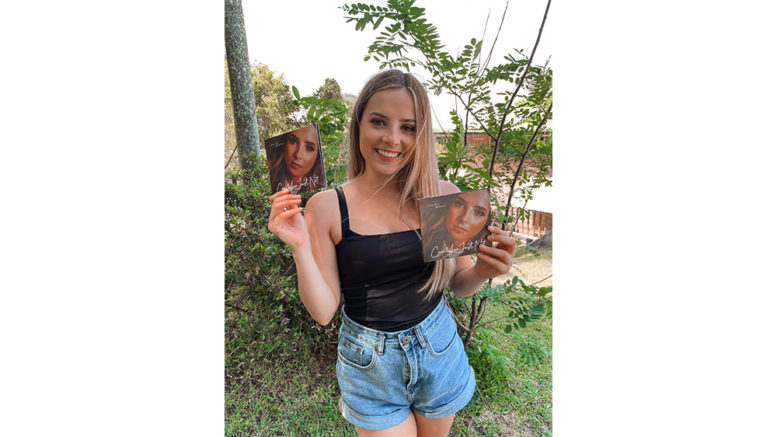 Local singer-songwriter Chelsea Berman has brought country to the Coast with a new EP titled Can You Just Not, released last month.

The Tascott resident released the five-track EP after securing writing gigs with acclaimed country talent such as Nashville’s Phil Barton and Jason Duke.

Berman was scheduled to fly to the hometown of country last year to write and produce her second mini-album but was unable to travel due to COVID-19.

Instead, she took to Zoom to write and had the support of local producer Rod McCormack to help create the album.

Berman said she loved the year-long process of creating the record but noted the challenges faced by the pandemic.

“It was [an] interesting experience … definitely not the same vibe as being in the room with someone and being able to bounce off of their energy,” Berman said.

“But it was also great as it allowed me to write with people I never would have been able to, people in different states and countries especially.

“I think there’s a lot of different themes and emotions throughout the EP.

“A lot of it is about relationships and that wasn’t really on purpose, but just something that kept coming up throughout the writing process, so we kept writing about it.

“I think it definitely tells the story of my life throughout the past few years, and from what people have told me they can relate to the songs a lot also, which is amazing as a songwriter to have other people able to relate.”

The singer-songwriter released her first EP, Better Than Ever, back in 2018 and has since signed a publishing deal with Kobalt Music as she continues to hone her craft.

She said her experience had only continued to grow.

“Since then, I’ve co-written with some amazing artists and songwriters which has really helped me refine my skills – and of course I’ve done a lot of performing since then and have gained so much more confidence on stage.” Berman said.

“I’m also so happy with the success of the new EP and all of the people that supported it.

“I have an incredible group of supporters and I feel like that’s a pretty big achievement in itself.”

The EP’s release comes at a good time as Berman gears up for a fresh line-up of shows following an eight-month hiatus from live gigs.

The 2019 Toyota Star Maker finalist said she was excited to get back on stage as she heads to Terrigal Surf Club on May 30 with fellow musician Jake Davey.

“For someone who is used to playing nearly every weekend it was such a strange time … I missed performing so much, and I hope that it comes back fully soon,” she said.

“Jake and I have played together for a few years now, and we really wanted to do something together and tour along the east coast of Australia, and I knew a Central Coast show was necessary.

“I haven’t played many shows on the Coast over the last few years so this is going to be really special, and it will be a range of our original songs and covers – and a whole lot of fun.”

More details and ticket information for the Fresh Country Tour can be found online at chelseabermanmusic.com.