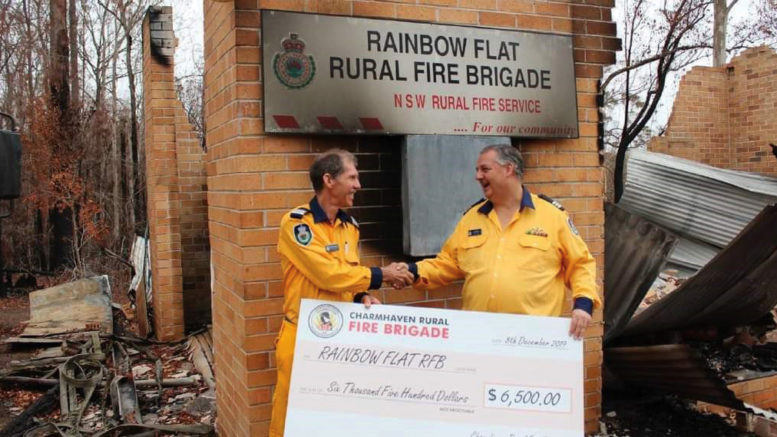 Members of Charmhaven Rural Fire Service (RFS) decided to help out fellow firefighters at Rainbow Flat, as their station had burned down in the November 2019 bushfires.

While the fire crews were out fighting fires in their community, little did they know that they would return to find that their fire station burned to the ground.

With the Charmhaven RFS annual Santa runs through the community coming up that December, members decided to donate proceeds from one of the runs to help Rainbow Flat RFS get back on their feet.

That resulted in an overwhelming show of support from the Gorokan community which allowed Charmhaven RFS to pass on $6,500 as a show of solidarity between the two communities.