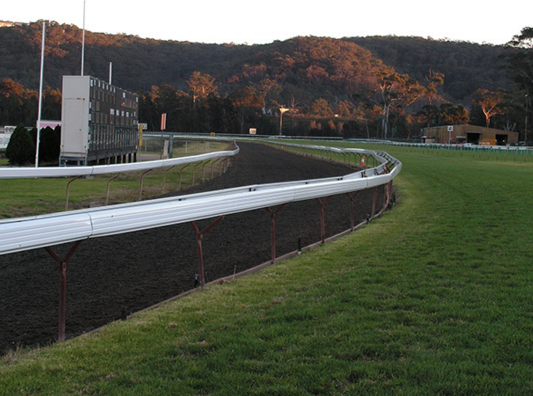 Tuesday, February 9 has marked the first greyhound death at Gosford Track in 2021 with the euthanasia of Zipping Squiggle after the dog suffered a compound fracture of the near side radius and ulna on the race track.

According to the onsite Stewards’ Report, the greyhound Smiley galloped on the heels of Zipping Squiggle as they turned out of the back straight, causing her to fall and fail to finish.

The damage was considered catastrophic and so the bitch was put down.

This was Zipping Squiggle’s third race in her two years, without having won any prize money.

The Coalition for the Protection of Greyhounds (CPG) have issued a statement condemning the dog racing industry for failing to take heed of their recommendations of how to make dog racing safer for the participants.

“It’s been a shocking start to the year for greyhounds on Australian tracks,” reported CPG national president, Dennis Anderson.

“The death of Zipping Squiggle highlights the problems inherent in greyhound racing: curved tracks, races with too many dogs, and greyhounds with broken legs being euthanised at the track.

“Industry-funded research in 2017 recommended straight tracks and six-dog races, yet greyhounds keep losing their lives on curved tracks in races with too many dogs.

“The only way to end greyhound suffering is to ban greyhound racing.

CPG have listed other measures they believe will reduce the number of deaths and injuries of racing greyhounds, including implementing whole of life tracking to prevent greyhounds disappearing, funding to rescues and sanctuaries, increased penalties enforced by state governments and reduced breeding.