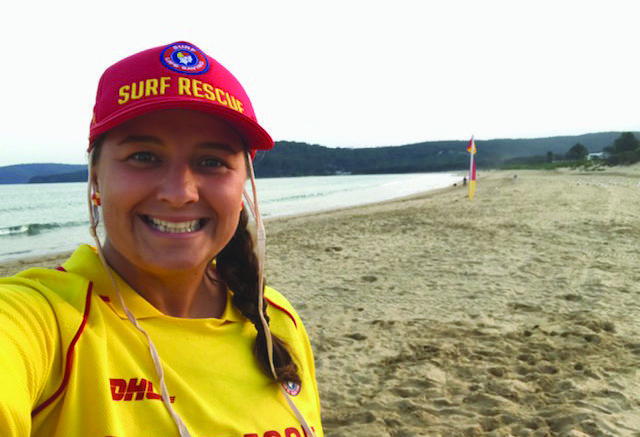 Two surf lifesavers from Umina Beach have been selected to take part in a women’s mentoring program aimed at building leadership skills.

Umina’s Shelley Smith and Mollie Murphy were elected as mentees in Surf Life Saving Australia’s program which will officially launch next week.

The program, which selects 21 mentors and 21 mentees from across Australia, aims to foster relationships, strength and support for females in positions of leadership in surf lifesaving.

Having been a proud member of both Ocean Beach and Umina Surf Lifesaving Club (SLSC) for over 30 years, Shelley Smith said it was a privilege to have been selected into the program.

“It is exciting to have been matched with Jenny Taylor from Trigg Island Surf Life Saving Club in Western Australia,” Smith said.

“I’m looking forward to communicating with Jenny to obtain a fresh perspective, ideas and approaches, and to have her challenge my thinking and to be a trusted sounding board.

“I’d like to develop my ability in leading change and to be able to positively challenge and expand my thought processes and management skills.”

With her current roles as a Patrol Captain and Lifesaving Surf Sports coach, Smith said she hopes to chase other pathways and integrate aspects of member development into surf sports representative teams.

Participants are also being encouraged to use and apply the skills to their paid roles inside and outside of surf lifesaving, volunteer activities and everyday life.

Mollie Murphy, who has been partnered with Alexandra’s Ruth Kelly, said she was really excited to be involved in the program.

“Being selected for the program is recognition for the hard work put in over the years,” Murphy said.

“Ruth and I have just connected over messages so far, but we will begin the official program next Monday.

“I’m looking forward to the opportunity to network with women in this organisation and also around the country, learning the skills and knowledge and confidence to take on leadership roles in the future.”

The finance graduate currently maintains a number of roles at her home club of Umina SLSC, including lifesaving competition coordinator and secretary for the Nippers division.

Murphy said she is ultimately aiming for a more senior role in the Club in future, in an effort to give back to the place that had developed her surf lifesaving career.

Following the success in the inaugural mentoring initiative which launched in July last year, Surf Life Saving Australia made the decision to expand the program earlier than expected.

Surf Life Saving Australia President Graham Ford AM said the level of interest within the surf lifesaving community had led to the early introduction of the second program.

“Surf Life Saving Australia is delighted to be launching a second Women’s Mentoring Program following the success of the first and level of interest across the movement,” Ford AM said.

“The commitment, enthusiasm and outcomes from everyone involved has been amazing and something that really helps set our organisation up well for the future.”

The program is supported by leadership development organisation, McCarthy Mentoring, and will continue until January 2022.