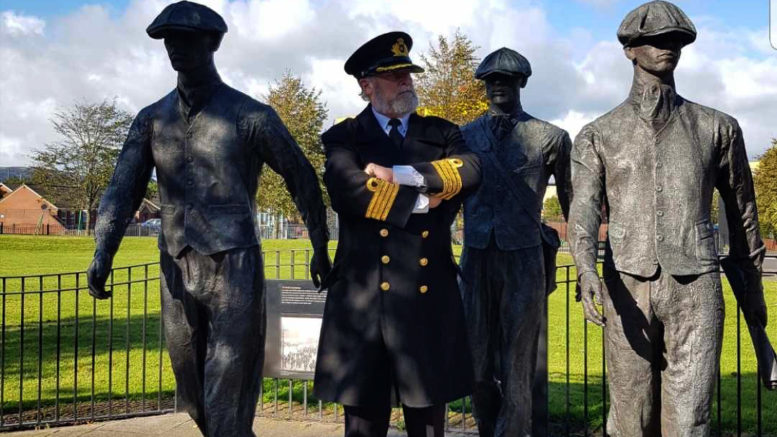 A titanic-themed dinner is set to sail onto the Peninsula on April 10 in a bid to raise funds for community projects.

The Rotary Club of Brisbane Water will host the event in Pearl Beach’s community hall from 6pm.

Attendees will experience an event reminiscent of the famous ship’s voyage, donning outfits of the early 1900s, and will dine on a five-course meal that was originally served on the ship.

On arrival, they will receive a boarding pass in the name of one of the real passengers on the ship, later discovering if they were a survivor of the tragedy.

Publicity office, Di Bartok, said the dinner will be hosted by Titanic aficionado Michael Booth, who will be dressed as the ship’s famous Captain Smith.

“Booth will bring along the Titanic knowledge and memorabilia he has been collecting for years,” Bartok said.

“His fascination with the Titanic began as a child, when he was told stories of his grandfather standing on the deck of the great ship.

“Booth tells of how his Belfast-born grandfather stood on the deck as it went down the slipway at its launch … [and] with that family connection, he grew up devouring information about the Titanic.”

With Booth at the helm as host, funds raised from the event will go towards the Rotary’s support of the Coast Youth Cottage and women’s refuge.

The dinner was originally scheduled for last year but was postponed during the COVID-19 lockdown.

The $100 tickets bought last year are still redeemable, but only a few places remain.