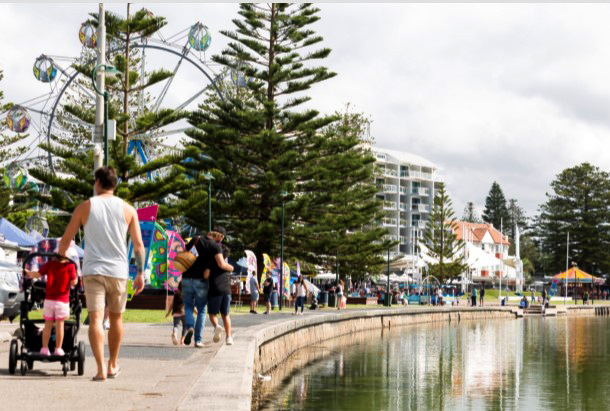 The Entrance has ranked number 10 as one the country’s most favourite tourist destinations in the Aussie Town of the Year Awards.

Now in its fourth year, the travel website Wotif’s annual Aussie tourism awards recognise some of the country’s best destinations for the year ahead, to encourage Australians to hit the road and see more of their own country.

The Entrance is one of only four NSW destinations in the national Top 10, starting with Cairns in Queensland as the number one tourist spot in the country and followed by Pokolbin NSW, Apollo Bay VIC, Mudgee NSW, Lakes Entrance VIC, McLaren Vale SA, Hervey Bay QLD, Exmouth WA, Port Macquarie NSW and The Entrance NSW.

This year’s winning destinations have been awarded based on their accommodation quality, affordability and traveller satisfaction.

New to this year’s awards, they have also recognised destinations that have met the changing needs of travellers over the past 12 months during COVID-19, by offering increased flexibility, good-value deals and appealing activities and attractions.

Tourism Central Coast says final numbers are not in yet for Summer, but indicators suggest that it has been a bumper season and that this has come on the back of great numbers over Winter.

Council Director Connected Communities, Julie Vaughan, said the region was showing remarkable resilience during the difficulties of the past 12 months, and despite the challenges, there had been a number of new businesses emerging.

“Our region has moved from one emergency to the next in the past year so it is very heartening to see that the Coast continues to grow as a tourist destination of choice,” she said.

Central Coast Council Director Corporate Affairs, Natalia Cowley, said it was exciting to see The Entrance named as a winner in Wotif’s annual Aussie Town of the Year Awards for 2021.

She said tourism and hospitality was a significant part of the Central Coast economy with visitor expenditure bringing in $900M to the region each year.

“Award recognition further enhances our reputation as a holiday destination of choice and we look forward to welcoming visitors from all around Australia in 2021 to experience first-hand why there’s never been a better time to eat, drink, stay and play on the Coast,” Cowley said.