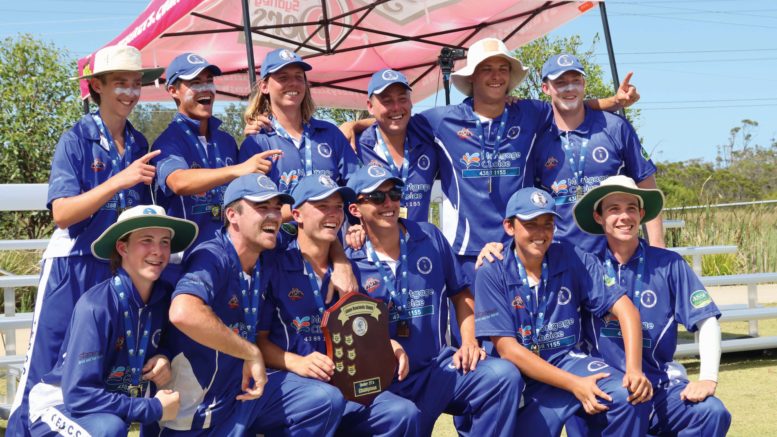 Firstly, the 2020/2021 Under 21 Glenn Rowlands Shield was won by The Entrance over Southern Spirit.

After this fixture, Warnervale became the 2020/2021 Everything Sports First Grade Cricket T20 Champions, beating Terrigal in a strong performance.

The Glenn Rowland Shield started at 12:20pm and was a tight contest, coming down to the very last ball.

Taking to the bat first, The Entrance set a score of 109 runs and Southern Spirit later reached 103.

Southern Spirit found few opportunities to outmanoeuvre a steady performance by The Entrance with the bat.

An early 36 run partnership between Callum Dunkerley and Broc Hardy lasted for five overs before Dunkerley was caught by Lachlan Bull off of Lachlan Cork’s bowl.

Southern Spirit got off to a slow start with Bull being bowled by Hardy in the second over after only getting a single run.

The team found some consistency then with the 35 run partnership between Lachlan Bayliss and Cork.

However, once Bayliss was caught by Dylan Bennet off of Regan Stone’s bowl, The Entrance began to accumulate wickets almost every over up to the 17th.

In the last three overs, the partnership between Ethan Jones and Toby Pymble threatened to catch The Entrance’s score, with 13 runs needed in the last over.

Yet it was not to be.

With a six needed off the last ball to even the scores and send the game into a super over, Pymble put his heart into the ball bowled by Bennet, but lobbed it into the safe hands of Hardy, bringing the game to an end.

The two best bowlers of the game were The Entrance’s Levi Bailey and Bennet, both of whom took 3 wickets off their four overs.

Next up was the First Grade Grand Final at 4:15pm.

Batting first, Warnervale set a score of 4/147 before Terrigal lost their last wicket with 116 runs on the board and one over left in their innings.

The Wildcats took to the bat first as a fierce wind began blowing across the flat, open green.

Although an early catch by Joshua Toohey from James Kennedy’s bowl took out opening batsman, Mitch McNeilly in the third over, Warnervale then found great consistency through Chris Sheppeard, who partnered with Simon Keen for 28 runs, then Tony Cornwell for 36 runs, and finally an unbeaten 40 run partnership with Scott Atkinson to close out the innings.

Altogether, Sheppeard earned himself a half century with 58 runs, not out, off 49 balls, and Warnervale took to the field with a strong run score to defend.

For Terrigal, there was early promise with Toohey’s batting, reaching 37 runs off 41 balls before being caught by Sheppeard off of Karan Katli’s bowl.

After this, there was a lack of fluency from the Bellbirds with the bat, with two wickets being taken by Kaine Harmsworth, Simon Keen and Hunter Jackson-Sullivan each.

In the end, the celebrations came from the Warnervale supporters, and the Shield to their well deserving team of twelve.

The Man of the Match Award, known as the Jay Lenton Medal, went to Chris Sheppeard for his unbeaten, match winning knock of 58 runs.

The Under 21 season is now over, but the First Grade season is still in swing, with three rounds left to go.

Warnervale District Contribution Plan to be on exhibition in October